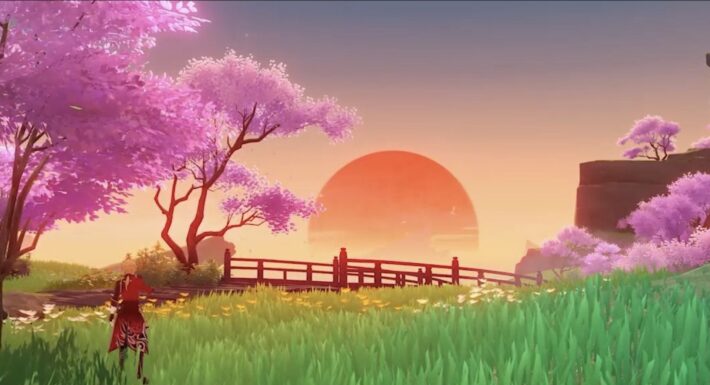 During the TGS 2021 Genshin Impact 2.2 stream, details came up about the Serenitea Pot Inazuma realm layout and items. It turns out those will be a part of the 2.2 update for the game. However, in order to actually use them in your area, people will need to raise their favor level with the Sacred Sakura at the Grand Narukami Shrine to access part of it.

The Sacred Sakura is tied to the Serenitea Pot Inazuma realm layout in Genshin Impact. You need to get its favor level to 40 to unlock Silken Courtyard.

As for furniture, you will have to look for certain treasure chests. The Inazuma Serenitea Pot furnishing and furnishing set blueprints will appear in Remarkable Chests in Genshin Impact. Once you get one, you’ll be able to start making items you see around Inazuma’s islands.

Floating Platforms will be coming to the Serenitea Pot after the update. Like they sound, they are a floating bit of land that can have buildings or items placed on them. They’ll resemble the floating landmasses you see around the Inazuma region.

Genshin Impact is available for the PS4, PS5, PC, and Android and Apple iOS devices. The Nintendo Switch version is in development. Childe and Hu Tao rerun banners will also appear in update 2.2.