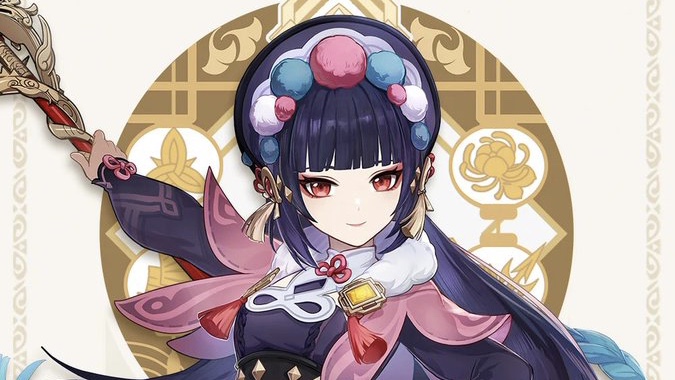 The new banner featuring Shenhe and Yun Jin and rerun banners for Ganyu, Xiao, and Zhongli will appear in Genshin Impact 2.4. These appeared during the December 26, 2021 Special Program. They will kick off after the new update arrives. The current banner until then involves Itto and Gorou. As far as the schedule goes, the Shenhe and Yunjin banner will appear first alongside a Xiao rerun. Then in the second phase, Ganyu and Zhongli rerun banners will appear.

Both Shenhe and Yun Jin are both entirely new characters in their Genshin Impact banner. Both hail from the Liyue region. Shenhe is a five-star Cryo character. She wields polearms. Cloud Retainer, one of the adepti, raised her. Yun Jin is a four-star Geo character. She uses polearms. Likewise, Yun Jin uses polearms. She is only a four-star, though. Her voice actresses are Judy Alice Lee and Kotori Koiwai. She’s voiced by Chelsea Kwoka in English and Ayako Kawasumi in Japanese.

And this is Yun Jin.

As for the rerun banners, Ganyu, Xiao, and Zhongli all appeared in Genshin Impact before. Each is a five-star. Ganyu is a Cryo archer. She first appeared in January 2021. Xiao is a Anemo polearm user. This timing means that Xiao should be around again in time for the Lantern Rite. He debuted during its first run in February 2021. Zhongli is a five-star Geo user who wields polearms. This will be his third rerun banner.

Genshin Impact is available for the PS4, PS5, PC, and mobile devices. It will come to the Nintendo Switch. The 2.4 update is on the way and will add new banners with Shenhe and Yun Jin and rerun banners. The Itto and Gorou banner is available right now.