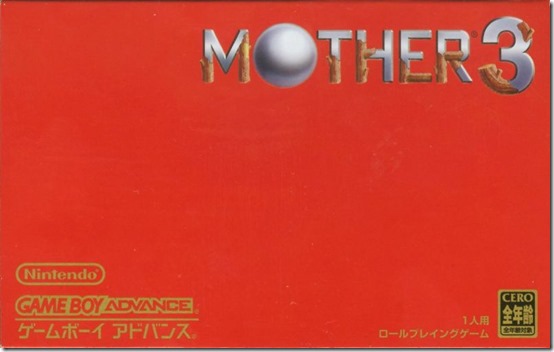 In a new interview via the latest issue of Nintendo Dream, the editor-in-chief of Mother series creator Shigesato Itoi’s company reiterated that they are still open to others creating a fourth game in the series. [Thanks, Japanese Nintendo!]

Nintendo Dream: Later after that, the information magazine BRUTUS published a dialogue between Itoi-san and Iwata-san about “MOTHER 4 is not being made”. That was also Nagata-san[‘s doing], right?

Yasuhiro Nagata, editor-in-chief: “I was in charge of the interview and its composition. The fact that “MOTHER 4 is not being released” itself has been told here and there, and we’ve always said it.”

Nintendo Dream: So after that feature came out, you’re not getting asked about it anymore?

Nagata: “We get asked. It’s already shaped like a staple; even now we still keep getting asked about MOTHER 4 and the “buried treasure”” (laughs)

Nintendo Dream: What is the current answer regarding that?

Nagata: “Our stance is that it’s already impossible for Itoi to create it, and we’d be glad if someone else creates it. This has never changed either.”

The current last game in the series, Mother 3, released on Game Boy Advance.