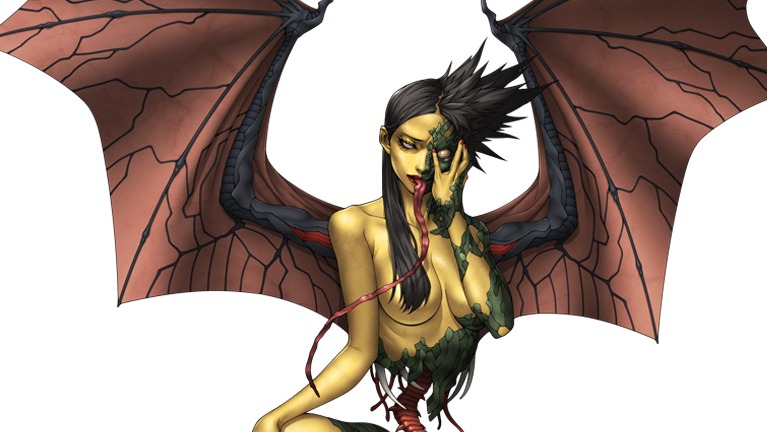 Atlus posted some commentary from Character and Demon Designer Masayuki Doi regarding to Manananggal, which will appear as a playable demon in Shin Megami Tensei V. Despite her rather unsettling appearance as a winged woman who is severed in half, she captures what Doi calls “competing aesthetics of beauty and vileness.”

In his commentary for Manananggal, Doi notes that he pushed for her addition to Shin Megami Tensei V. Part of why Manananggal’s appearance, though rather grotesque, ends up more appealing and artistic is because they added more traditionally beautiful features to her face. In addition, the graphics on her character model dull her intestines so they look less like gore and are more insect-like.

You can view Doi’s commentary on Manananggal on the Atlus Twitter:

This scary-slash-sexy demon makes her debut in #SMT5! Doi-san shares his thoughts on balancing the beautiful with the grotesque in today's commentary. pic.twitter.com/9N0YOncjX6

Earlier in the week, Doi also posted comments in regards to Hayatarou’s design.

Every day, Atlus posts a daily demon digest video that introduces the demons that will appear in Shin Megami Tensei V. On August 1, 2021, Atlus introduced the world to its iteration of Manananggal. In the video, she used skills such as Sanguine Drain in order to restore her own HP at the cost of the enemy’s. She also offered to let the Nahobino touch her, though her idea of romance is much more violent than a normal person’s.

Shin Megami Tensei V will come out on Nintendo Switch in Japan on November 11, 2021. It has a worldwide release date of November 12, 2021.