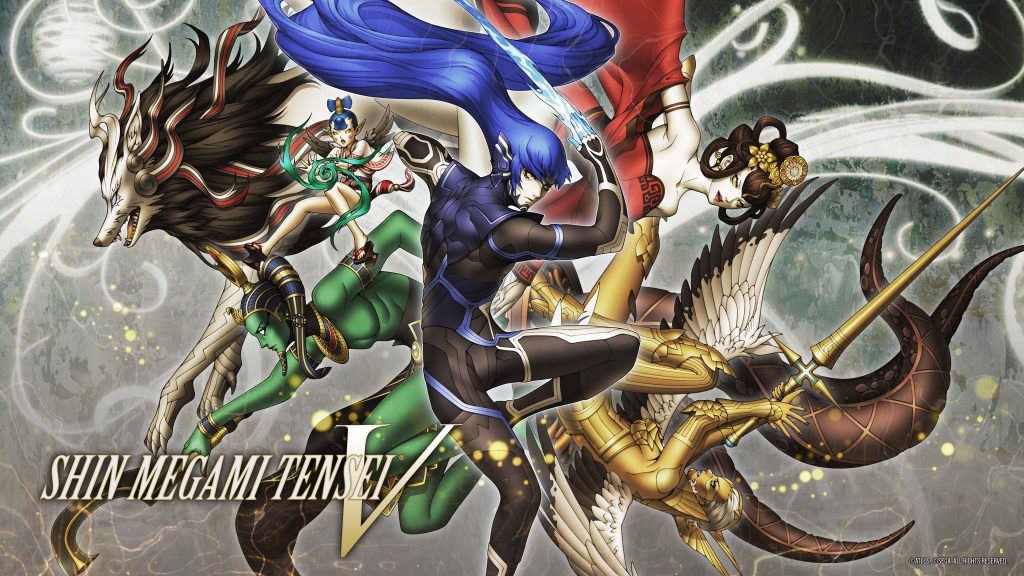 Each mobile wallpaper depicts a different character or demon from the game. These include the protagonist, the Nahobino, Aogami, Amanozako, Jack Frost, and Pixie. The desktop options include the Shin Megami Tensei V box art and an atmospheric image of the game’s world. Earlier in November 2021, prior to the game’s release, Atlus released a new Facebook Camera and Instagram AR filter featuring the demon Jack Frost.

Shin Megami Tensei V is nominated for Best RPG at The Game Awards 2021 and debuted as the highest-selling physical game in its first week of release in Japan, surpassing 143,000 copies. The game follows a high-school student who is pulled into the world of Da’At, an apocalyptic version of Tokyo in the midst of a battle between angels and demons. During his travels, he is saved by a man named Aogami, who then fuses with the protagonist to become the Nahobino, something neither human nor God.

Shin Megami Tensei V is now available for the Nintendo Switch. The wallpaper collection is available to download via the official Atlus website. Check out Siliconera’s review of the title here.