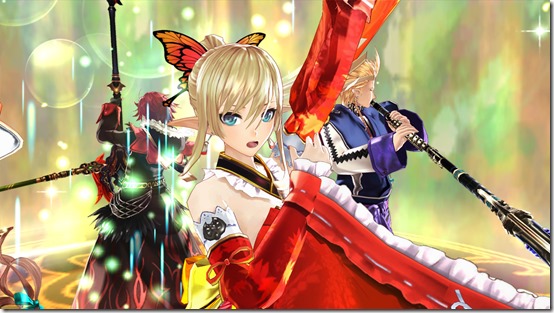 Shining Resonance has a protagonist that can transform into a dragon, along with interesting instrument weapon hybrids that the characters will use to take on foes. The official website shows off something a little different with the Dress-Up feature employed by a couple of the game’s heroines. 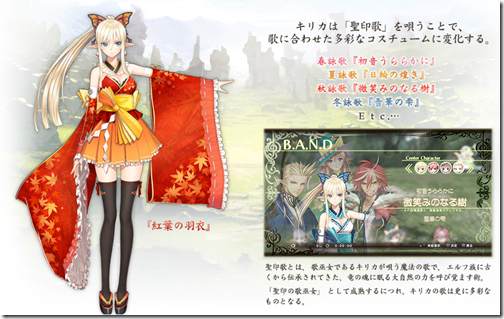 Kirika can bring out the power of nature as the Diva Magica using a magical song called “Rune Song”. By using her Rune Songs, which come in different varieties for all four seasons in Spring, Summer, Fall, and Winter. The above image shows her Fall outfit.

From left to right, we get to see Kirika’s outfits of Spring, Summer, and Winter as well. Each one has their own unique effects such as increase critical rates and accuracy by 100% fro the Summer outfit, or increase AP recovery and movement speed for the Fall costume.

With all of her different outfits and their effects, having Kirika in the party sounds like it could be a great deal of help to her allies. Knowing when to use them in the right situations will also be the key to success. 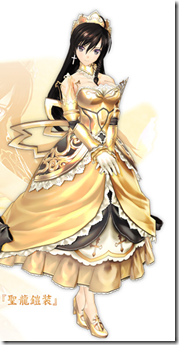 After a certain event, Sonia will also get the ability to Dress-Up into a golden dress armor, which is pretty much her awakened ability that comes from her determination to fight for the sake of protecting people.

When she activates her “Golden Shock Princess” mode, her defense and magic defense significantly rises, giving her the fitting attributes to defend those around her.