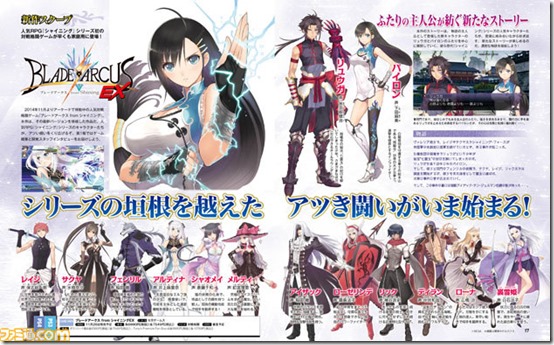 Last year, Sega released Blade Arcus from Shining as a crossover 2D fighter that features characters from their Shining RPG series. In a preview for this week’s issue of Famitsu magazine, it’s been revealed that the title is headed to PS3 and PS4.

Blade Arcus from Shining EX is the name of the home console version of the arcade fighter, directed by Toshinobu Kondo and with Tony Taka as the illustrator. We’ll have a closer look and more details as they become available.