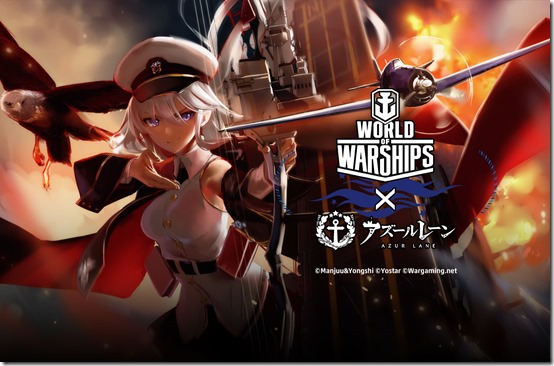 While it first seemed like an April Fool’s joke, the popular smartphone game Azur Lane, which has seen all kinds of collaborations including Hyperdimension Neptunia and Armored Trooper VOTOMS, will get its next one with the naval action MMO World of Warships, Wargaming Japan announced.

There’s currently no information on the collaboration, but it’ll be revealed during the “World of Warships x Azur Lane Special Talk Event” that is set to take place at the Akihabara UDX Theater on April 21. It’ll feature voice actress Mikako Izawa as the host among other guests who will participate in a talk event, where details on the collaboration will be shared.