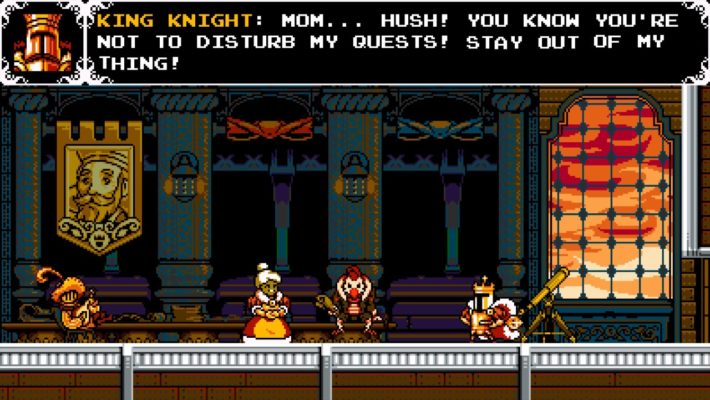 The Shovel Knight additional campaigns have come to a close. The king has come. King of Cards, available as part of the larger Treasure Trove compilation or alone, lets people play as the laughable dork King Knight as he attempts to become King of Cards and become an actual king. It’s a chance to follow someone who’s the butt of jokes (and rightfully so).

A good rule of storytelling is to show and not tell people things. Shovel Knight: King of Cards is great at using information around people to show exactly the kind of person King Knight is. At the start of this campaign, the events of which occur before Shovel Knight, King Knight is a buffoon. But, he’s a harmless sort of egotist who people still like. His mom is always there for him, caring for him even when he insists his rats are great minions and supporting him in his quest for greatness by hopping on board his airship. He’s a blustering windbag, but he genuinely is good at the Joustus card game and continually beats the opponents ahead of him. Yet, there’s always that sense of arrogance and pride that, here, comes across as almost likeable. 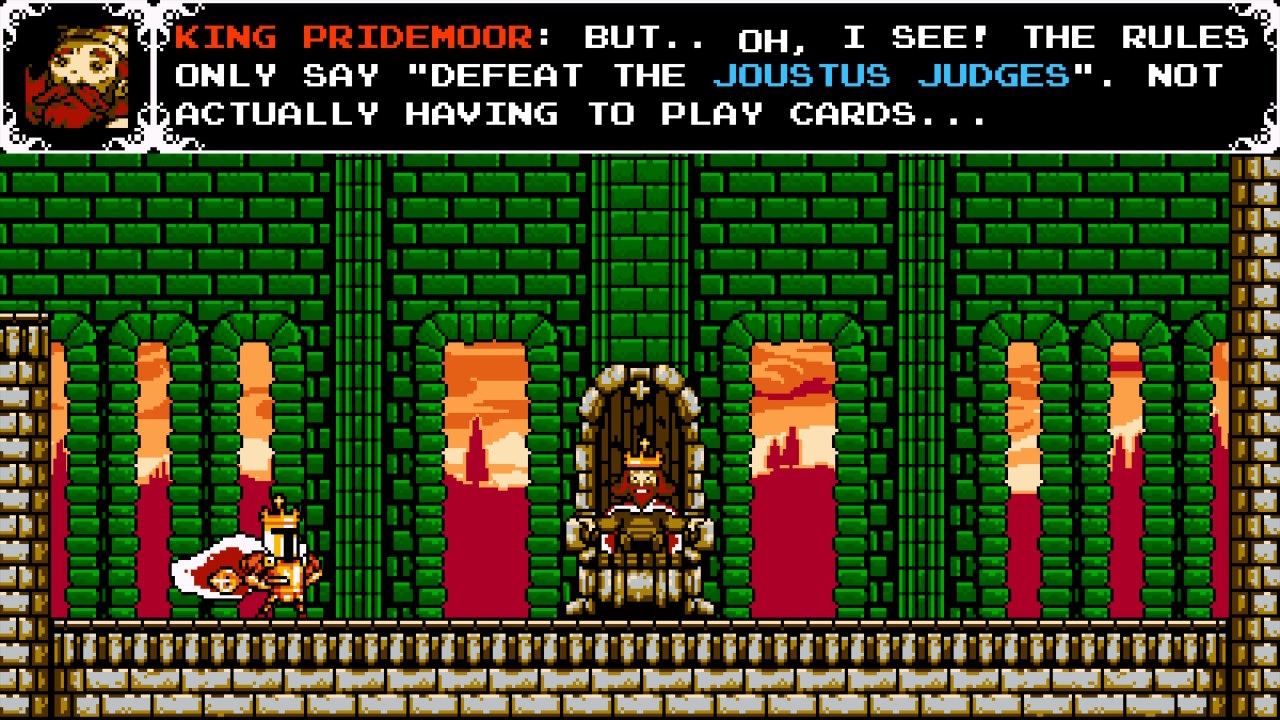 His actions reflect this. Every level begins with some sort of pratfall. When he’s diving off of the airship, he’s unceremoniously hopping off and (probably) falling flat on his face. If he dies, his crown falls off. He has exaggerated stage exit poses. There’s also the whole ability to pay to cheat in the Joustus minigame. When he interacts with people, the conversations always showcase his total cluelessness when it comes to his actual status and his inflated sense of superiority. It’s especially fun when the people he’s talking to humor or totally ignore his boasts.

The one thing I do wish is that King of Cards offered even more opportunities to play its in-game card game. For a game about a character who wants to be a king and become the best at the Joustus card game, Yacht Club Games could have done more to make it a more essential part of the experience. Especially since part of the story is to bring up how he does have a genuine knack for it. It is possible to completely avoid playing it, which is a shame given how novel it is. 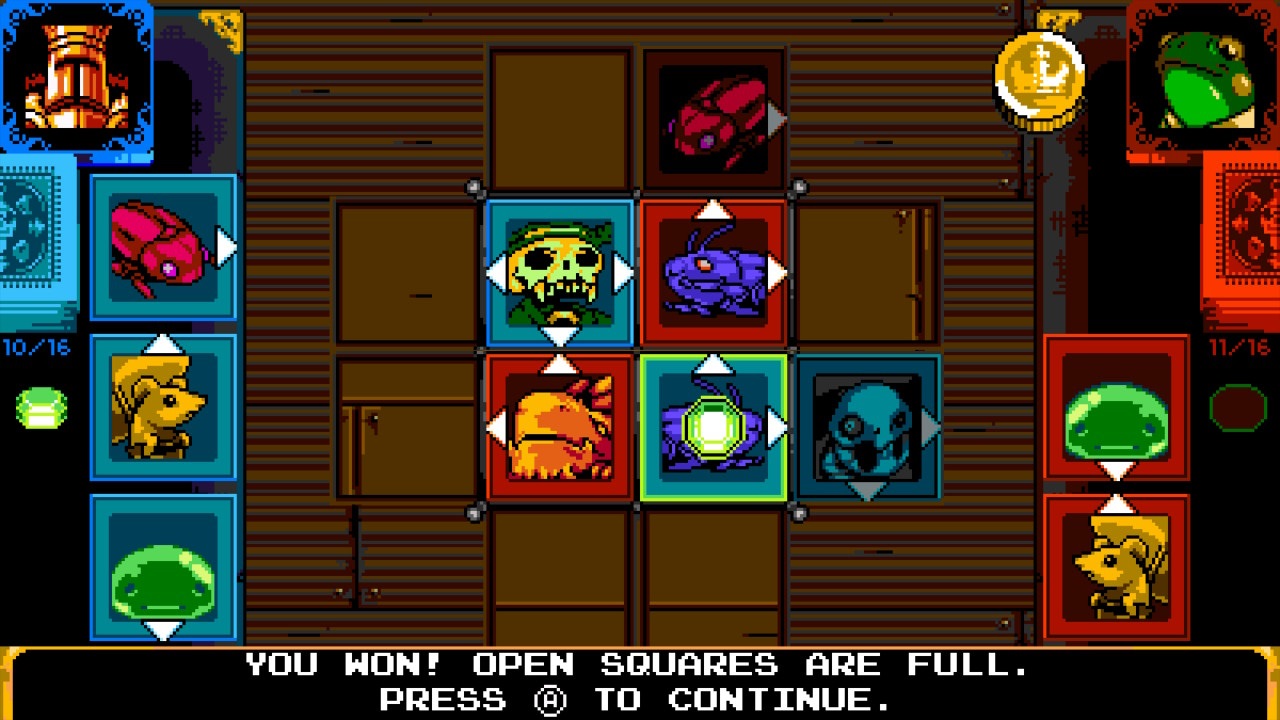 King of Cards’ Joustus is a pleasant game with shades of Skylanders Giants’ Skystones and Final Fantasy VIII’s Triple Triad. You have a table in front of you with a 3×3 grid for cards. Your goal is to have one of your cards under more gems than your opponent before the table’s space is completely filled by cards. Each card can have either no or multiple arrows on them. The arrow indicates if it can push a card up, down, left, or right on the field. While you can’t place a card directly on a gem, you can push one under it. There are also 12 slots on each of the four sides of the table for cards to be pushed onto. But, if there is another card you are attempting to push that has an arrow pushing back, it can’t be used to shove the other. It lends itself well to “puzzle” challenges. Plus, since each deck only contains 16 cards and you always get at least one card after winning a match, it encourages you to experiment.

Shovel Knight: King of Cards is one of those games where you get to root for a character who is a goofy doofus. While he has some of his arrogance, it isn’t to the level that it is in Shovel Knight and the other expansions. So at this point, it’s almost like you feel like, “Sure. I could rally behind him.” His moveset makes you rethink how you approach challenges in stages and use moment to move and attack. There’s also a nifty little card game that can be quite enjoyable, once you get the gist of it. It’s lighthearted and novel, joining an arrogant “king.”

Shovel Knight: King of Cards is available for the Nintendo 3DS, Nintendo Switch Nintendo Wii U,, PlayStation 4, PlayStation Vita, Xbox One, and PC. It will also come to the PlayStation 3.