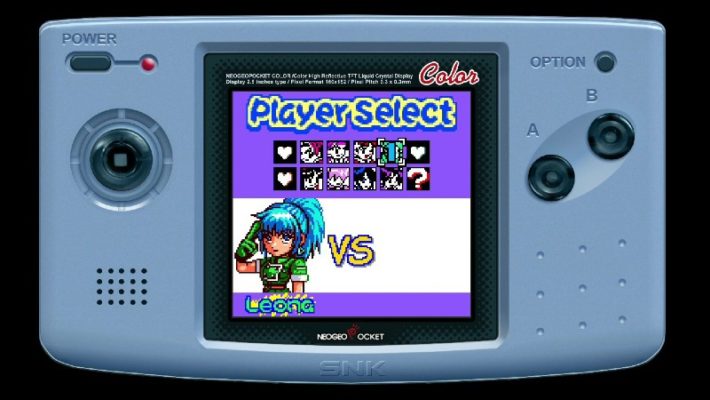 The other day, SNK revealed that SNK Gals’ Fighters, a 2000 Neo Geo Pocket Color release, would see a new port for the first time. 20 years have passed since its original release, so that’s certainly cause for some sort of celebration. It seemed like the port would come to the Nintendo Switch, but the official word wasn’t clear. Well, it’s crystal clear now, as SNK Gals’ Fighters just appeared on the Nintendo Switch eShop. You can buy it for $7.99. It’s totally real.

You can check out the official Nintendo website for more information on the new SNK Gals’ Fighters Switch port. Most striking is the interface, with the majority of the screen space straight up being a Neo Geo Pocket Color unit. It looks like you can even change the skin! Considering how pricey a physical Neo Geo Pocket Color can be these days, an endearing digital version made to retain an older handheld game’s smaller resolution on a HD screen is pretty solid for eight smackers.

SNK Gals’ Fighters is a fighting game featuring many of the notable women throughout the King of Fighters series, up to that point in time of course. There are even a few… surprises in the roster, despite its relative size compared to the core King of Fighters library.