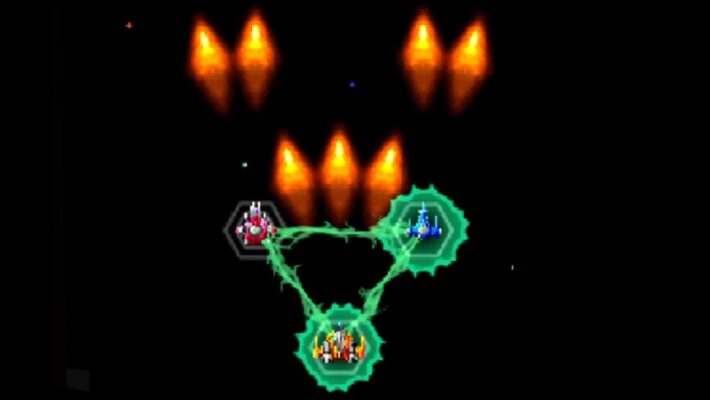 PlatinumGames published a gameplay system trailer for Sol Cresta on its YouTube channel. It shows how the player’s fighter plane Yamato has various forms and formations. The title’s director Takanori Sato also explained the system on the English blog page.

The Yamato is actually comprised of three smaller units named after the three Japanese deities: Amaterasu, Tsukuyomi, and Susano. The three units can combine in any order, which also alters the fighter’s attack methods. The player can also have the units fly separately in various formations.

At the end of the trailer, PlatinumGames also assured in a comical way that it will release Sol Cresta within 2021. When it came close to displaying the year 2022, the fighter shot the last digit to force it back to 2021.

PlatinumGames initially revealed Sol Cresta as an April Fools’ Day joke in 2020. However, exactly one year later, on the 2021 April Fools’, it revealed that the game project is under development for real. This title is a follow-up to two similarly-named classic arcade shooters, Moon Cresta and Terra Cresta. The renowned game composer Yuzo Koshiro will provide the soundtrack for the upcoming title.

Sol Cresta will be available for the Nintendo Switch, PlayStation 4, and PC in 2021.