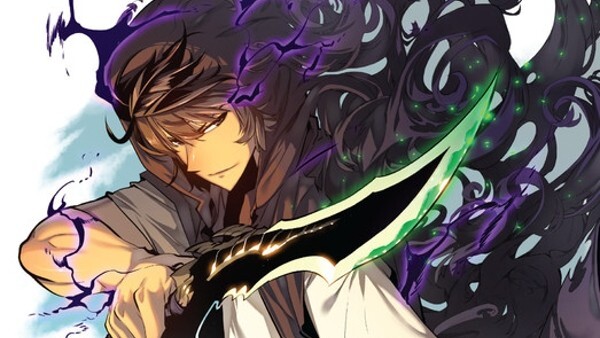 I’ve wanted to get back into books and webtoons for a while now, so the chance to listen to Solo Leveling came at the perfect time. I spent about a week listening to the roughly eight-hour audiobook of the Solo Leveling novelization. Written by Chugong, it’s a four volume Korean web novel starring a low-ranking hunter that also ended up becoming a webtoon. In a world that mixes fantasy and classic dungeon crawling action, it has a lot to offer. But when it comes to the audiobook, it might not always keep up. 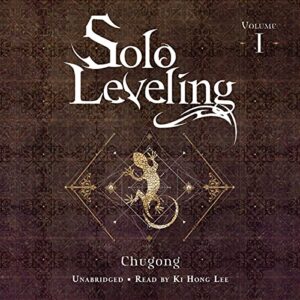 My introduction to Solo Leveling was through its webtoon. It provided the energy and action that I expected from a story like the one found in Solo Leveling. Despite the novel being the source, I still believe it can be difficult to convey the same meaning and energy through an audio reading alone. The Solo Leveling audiobook didn’t initially feel like this would be a problem. Ki Hong Lee, from Maze Runner and Unbreakable Kimmy Schmidt, narrates the book, which was already a plus for me. Having a Korean person narrate a story created by a Korean artist is important, in my opinion. I also just wanted to hear how a movie and television actor would use his talents for the reading.

Well, the narration was nice, but not incredibly varied. The book often switches perspectives and provides you with segments that offer insight into multiple characters’ thoughts. It was often difficult to keep up with, unless Lee was narrating a woman or girl’s perspective. In that case, it was as simple as him raising his voice to a weird octave.

The different onomatopoeias in the story felt similarly off. They broke up moments of tension. Hearing someone go “swoosh!” in the middle of a quiet or do-or-die moment is not as immersive as it would seem.

Moving onto a rather important part of the audiobook, the story set up was incredibly interesting and unique. I can’t say that feeling lasted, however. The first arc of the novel sets the stage, as it involves a mysterious dungeon with extremely high stakes. Lives aren’t spared and the protagonist is left barely surviving. It was such a promising start that I couldn’t help but feel a bit cheated by the end of this first volume.

The formula doesn’t really change after the first few chapters. Jinwoo joins a program that lets him level up in real-life through a video game-esque training program, making him incredibly OP. That’s fine in an action comic and didn’t bother me too much. What did, however, was how little seemed to happen outside of leveling, finding dungeons and clearing them. It was super cyclical and not conducive to the Solo Leveling audiobook format.

Without the style of the Solo Leveling webtoons illustrations to show and not tell the action, the audiobook just fell flat. Not to say it wasn’t good, but it most likely won’t be the best way to get into the series, despite it being accessible. It’s fine for a quick introduction to the world of Solo Leveling, but it just made me want to go into the webtoon to finish the story.

Volume 1 of the Solo Leveling audiobook is available now on iTunes, Google Play and Libro.fm.

Editor’s Note: The original version mistakenly said the webtoon appeared before the novel. This has been fixed.