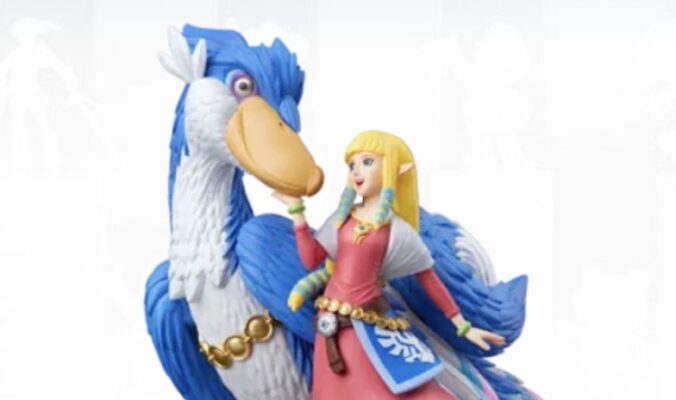 Here’s the official statement Nintendo offered to IGN. It didn’t explain what caused the delayed Zelda and Loftwing amiibo shipment. It also didn’t offer an exact date for when the additional figures will ship. More will be coming, though.

The Zelda & Loftwing amiibo figure is currently impacted by unforeseen shipping delays. As a result, only a small portion of the Zelda & Loftwing will be available on its scheduled July 16 launch date. Additional shipments are delayed until August. We will ship additional amiibo to retailers as soon as they arrive.

This means a pretty major feature is absent in The Legend of Zelda: Skyward Sword at launch. If someone has the Zelda and Loftwing amiibo, you can use it to fast travel at any time in the game. Tapping it will take you from the Surface to Skyloft, and vice versa. It even works while in a dungeon.

The Legend of Zelda: Skyward Sword HD is available for the Nintendo Switch. While some of the figures did make it out, most of the Zelda and Loftwing amiibo shipments are delayed until August 2021.