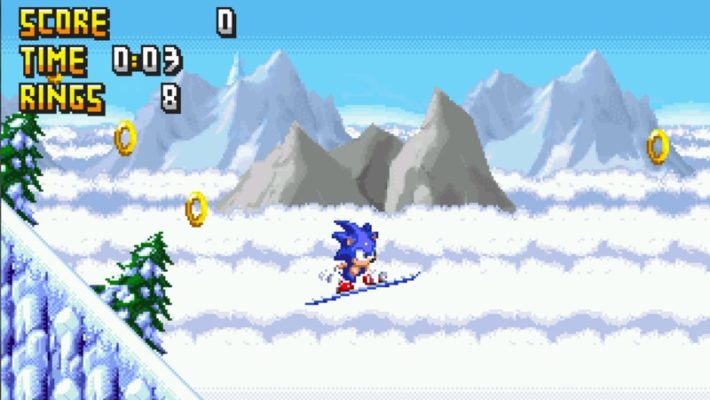 A new Sonic the Hedgehog fan game has been released in its full 1.00 glory (now 1.01), after creator Sotaknuck worked on it for around three years. This fan game, titled Sonic 3D in 2D, isn’t a wholly original work, but it does have a compelling hook. Sotaknuck’s game takes the general storyline and level locations driving the strange Sonic 3D Blast, and re-imagines it as a 2D sidescroller. Drawing a lot of inspiration from Sonic 3 & Knuckles, this interpretation of the game re-positions it as a sort of sequel to the games before 3D Blast.

The Sonic 3D in 2D fan game is a fully complete project, developed with a mix of Fusion 2.5 and Sonic Worlds Delta, along with original development/customization from Sotaknuck. It comprises 15 Acts across 8 Zones, with 15 boss battles to deal with. Sonic, Knuckles, and Tails are playable from the start, with other characters and bonuses unlockable along the way. The game also boasts mappable controls, based on the Sega Genesis’ control pad.

You can check Sonic 3D in 2D out for free on Sotaknuck’s itch.io page, with also includes installation instructions and a larger feature and content breakdown. It seems like this game is pretty tough too, but the developer chimes in down in the comments section with tips on certain bosses and obstacles.