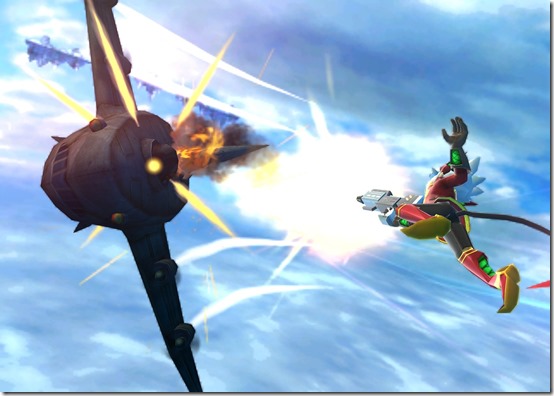 Some of you may remember Rodea the Sky Soldier, a NiGHTS style game featuring an anthropomorphic character, which was announced a couple years ago by Sonic creator Yuji Naka and his studio Prope. At the time, Naka told Siliconera that the game’s main character, Rodea, was based on an animal he found “interesting”.

Not much has been heard about the game since, until a recent 4Gamer interview with Kadokawa Games’ president Yoshimi Yasuda.

Kadokawa Games were announced as the publishers for Rodea the Sky Soldier shortly after its announcement back in 2011, but since then, they’ve been quiet about the game’s development. 4Gamer asks Yasuda whether he can share the latest on what seems to be the forgotten game. 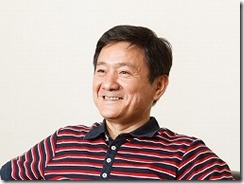 Says Yasuda, “I commend you for asking! (laughs) I’m not sure if it’s because the media folks are just concerned, so, nobody actually asks us about it.”

“But if we don’t take it up now, then perhaps it will go completely forgotten, so I’d like to use this opportunity to talk a little about it.”

He continues: “Since Rodea was announced, it was expected to be released for Wii and 3DS; however, Yuji (Naka) over at Prope and Kadokawa Games were developing it as a title for the Wii. When it came to making it for the 3DS, they couldn’t reproduce the Wii Remote’s operational sense for 3DS and went through plenty of trial and error, which didn’t work out in the end. That’s when the development of the 3DS version of the game was turned around, so we can make a Rodea that is meant to be enjoyed on 3DS.”

“The game’s operational sense is very crucial. Unless it has definite causation of actions coming from whenever a button is pressed, it will be nothing but a ‘simple flying game’,” says Yasuda. “For the 3DS version, it stands at about 70 percent completed. While we’re at it, we’d like to have more people be able to enjoy it for themselves, so we’re testing out a ‘Plus-α’”

4Gamer asks, what exactly is this ‘Plus-α’?

“For that, please try to keep it a secret for the time being,” Yoshida says, “We greatly apologize to those who’ve been waiting with their expectations, so when we’re nearing the end of development, instead of announcing bits at a time, we plan on going all out, so please wait just a little longer.”

4Gamer finally asks if it’s still okay to expect plans for its release to be on Wii and 3DS as previously announced.

“Yes, we will release it by all means, so please kindly continue supporting us,” Yoshida replies.