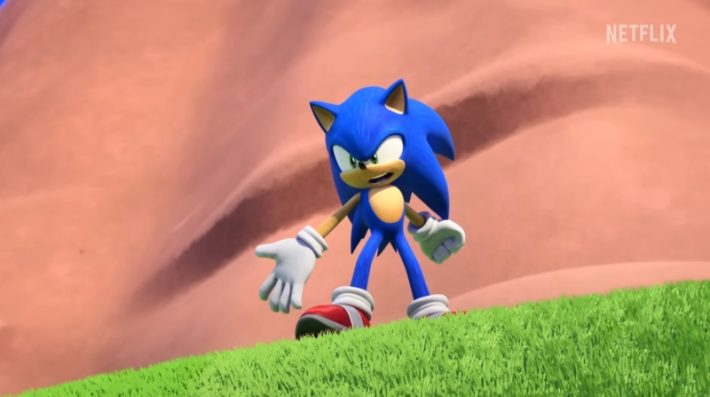 Sonic Prime, the planned Netflix animated series based on Sonic the Hedgehog, got its first solo teaser video on Tuesday. The show was first announced back in 2021, and is being produced by Man of Action Entertainment and Wildbrain. The previous animated Sonic series, Sonic Boom, ended in 2017 after its second season.

Check out the trailer below. The show is set to debut in Winter 2022.

The Sonic Prime teaser trailer features Sonic running in scenery resembling well-known Sonic the Hedgehog stages, as well as his eternal conflict with Dr. Eggman. Characters like Big the Cat also appear, and Sonic gets into a fight with both Shadow the Hedgehog, and Eggman’s robot.

There have been multiple Sonic the Hedgehog animated series over the years, beginning with 1993’s Adventures of Sonic the Hedgehog, produced by DiC Entertainment. Sonic Prime will be the second CG-animated Sonic series after Sonic Boom. Though many elements from the game (and previous shows) appear in Sonic Prime, one that won’t be returning is Sonic’s English-language voice. Roger Craig Smith, who voiced Sonic from 2010, said that he would not be returning to voice the character for Sonic Prime. Deven Mack, who voiced Vangelis from Ninjago, Wynton from Bakugan, and Chuck from Angry Birds: Summer Madness, will voice Sonic in the new series.

Sonic Prime premieres on Netflix in Winter 2022. A live-action Sonic miniseries is in development, tied to the Sonic the Hedgehog live-action feature films, and is set to debut on the Paramount+ streaming service in 2023.