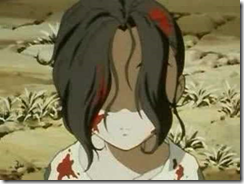 In the second half of our chat with Soraya Saga, we focus almost entirely on the Xeno series. There’s a little tiny bit about Titus 12, an unreleased game, and Super Robot Taisen too.

Saga wrote the scenario for Xenogears and the first two Xenosaga games, but I’ll let her tell you more about her involvement in those projects.

Going way back, can you tell us about the origin of Xenogears? How did development of such an ambitious story begin and how did you weave in elements from philosophers like Nietzsche and psychologists such as Jung and Freud?

Soraya Saga: I and Tetsuya Takahashi originally submitted it as a script idea for Final Fantasy VII. While we were told that it was too dark and complicated for a fantasy, the boss was kind enough to give Takahashi a chance to launch a new project. Then Takahashi and I wrote up the full screenplay which contained cutscene-dialogues in final form, thus the project was born.

The works of Nietzsche, Freud and Jung happened to be part of common interests I shared with Takahashi. Xenogears is basically a story about "where do we come from, what are we, where are we going". In that respect, we were inspired by those concepts a lot.

Xenogears feels like it was cut short. The Perfect Works book I have on my bookshelf has a ton of other content like unused Gears and art. Can you tell us what other ideas you planned for Xenogears?

Thank you for having it on your bookshelf. Yeah, there was a ton of unused ideas, maybe we could have put them in if it were a seasons-long TV series or something like that. 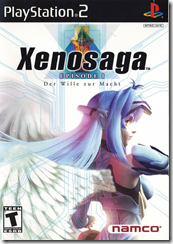 How did you feel when you got to start the Xenosaga series?

We missed Xenogears so much but overall Xenosaga seemed a fresh start full of hope.

Xenosaga and Xenogears, especially Billy’s story, are packed with biblical references. Why did you pick this source and are there any other works or media that inspired these games?

Regardless of differences in religion, I’ve always had a deep interest in the power of belief people have. Biblical references in the game might catch the notice first because it’s widely known, but also a variety of religious ideas can be seen throughout the game.

KOS-MOS, even today, is still loved by fans. Can you tell us how you created her? Were there any alternate designs or storylines?

KOS-MOS is literally the brain daughter of Takahashi. We tend to depict human characters as a strong will in a fragile flesh and blood. So, we wanted KOS-MOS to be a complement to it by being the delicate pieces of soul in an unbreakable vessel. Storywise, we couldn’t fully show her background in the game, but I think it must be left veiled for now.

There were several unused designs of her by Kouichi Mugitani and Kunihiko Tanaka. Some of them can be seen in Mugitani’s doujinshis.

Xenosaga was originally supposed to be six games, but was sadly also cut short. Can you share any ideas that didn’t make it through or were not used in the way you wanted them to be presented due to the change?

It’s so complicated. To fill the unexpected gap that was generated in the episode II, the subsequent plot had to shift its course to some extent from where it was supposed to be. There were many major changes, but what’s done cannot be undone, so there’s no looking back on those might-have-beens.

Personally speaking, what do you consider is the connection between Xenogears and Xenosaga?

I think all Xeno works are, so to speak, like rivers and lakes that once sprung from our mind, eventually became independent. They sure are kin, but not lineal. 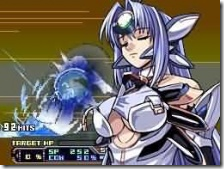 The Super Robot Taisen series is very popular in Japan. How do you feel about having characters you worked with in a spinoff to such a legendary series?

My husband (Takahashi) and son are huge fans of the series. We’re feeling very honored.

Are there any crossovers you personally want to see with characters you created?

Transformers: War for Cybertron. Weltall-Id and KOS-MOS would make a good fight.

Some images of "Titus 12" popped up. Can you tell us about this project?

That was a draft proposal for a sci-fi RPG I wrote at the request of Monolithsoft circa 2000 to 2004. 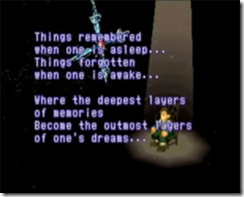 The previous Xeno works were heavy on cutscenes. How do you balance a dramatic story with gameplay and what have you learned over the years?

Keeping balance between those elements is the most important task we must work at. As you know, the heavy volume of story has been a core factor of Xeno works. But now we realized that too heavily orienting toward visuals and stories would ruin the fundamental reason for the existence of games.

Special thanks to Ms. Saga for her time and all the Siliconera readers who sent us questions. Her latest work, Xenoblade, is out in Japan now. If you missed it, the first half of our interview covers Soraya’s entry into the video game industry and Final Fantasy VI. You can read that here.