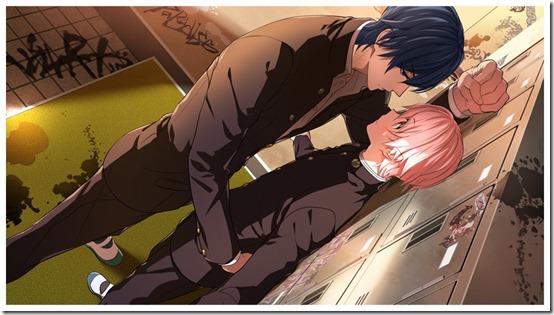 Despite Kenka Bancho Otome winning Spike Chunsoft’s Twitter poll back in 2016, nothing has been said regarding a localization of the otome game spinoff. During Spike Chunsoft’s Anime Expo 2018 panel, a fan asked for an update regarding the game, to no avail. [Thanks, AlchemistYazan on Twitter!]

When Spike Chunsoft was asked about the game, they replied, “No comment.” When the fan asked further on whether the Vita being dead in the Western markets was the reason, they answered, “Well… I’m sorry…”

Sorry, just read this. Their answer was pretty generic. “Hahaha, no comment…” and then when asked about if it’s becauae the Vita is dead, they said “Well… I’m sorry.”
I would love KBO but it seems extremely unlikely they’ll give it the time of day.

Overall, chances of Kenka Bancho Otome being officially localized don’t seem very high. The game released on the PlayStation Vita in Japan on March 17, 2016, while Kenka Bancho Otome: My Honey of Absolute Perfection, a fan disc, released in 2017.