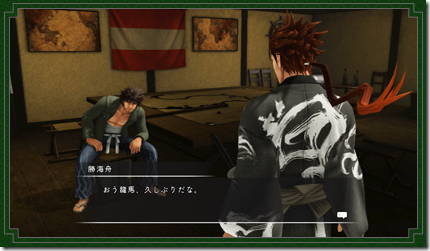 According to the magazine report, the two games will have eight different types of weapons out of: Long Sowrd, One-Handed Sword, Odachi (extra long katana), Ninja Blade, Dual-Swords, Spear, Hand-to-Hand, and Gun.

Each weapon will have their own system, along with Mastery Points that can be used to learn various skills.

Again, the PlayStation 3 and PlayStation Vita versions of the game will have a cross-data feature that allows you to share various items, weapons, and costumes.

Patriot of Ukiyo and Ronin of Ukiyo will release on January 29, 2015 for PlayStation 3 and PlayStation Vita, respectively.