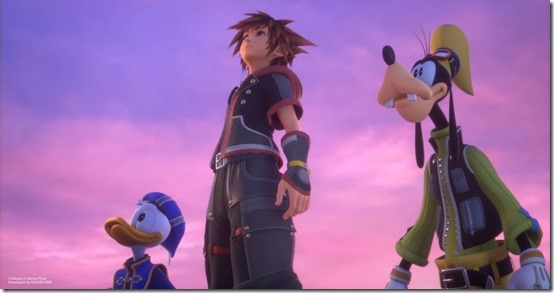 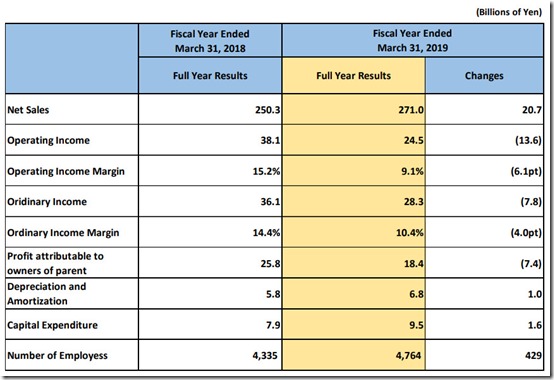 The company saw a 8.2% year-over-year increase in net sales thanks to big title releases including Kingdom Hearts III, Shadow of the Tomb Raider, and Just Cause 4. 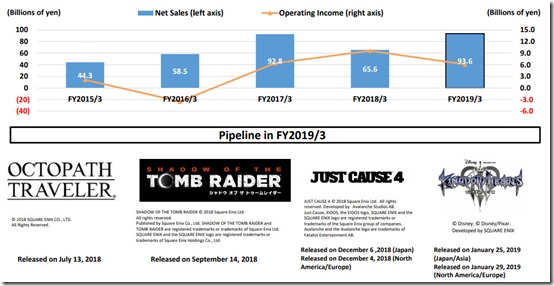 However, operating income dropped by 35.7% due to the higher costs associated with the release of the new titles. 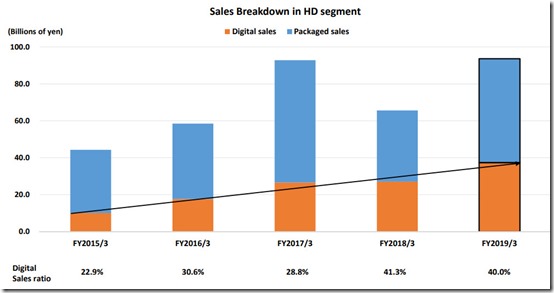 Digital sales for Square Enix games have grown by an annual average of around 40% over the past five years.

The MMORPG department saw some interesting growth. As you can see in the above chart, net sales and operating income were always higher on the years Final Fantasy XIV and Dragon Quest X released expansion packs, but in this past fiscal year, which didn’t have anything for either of the MMO titles, it reached record highs among the non-expansion years. 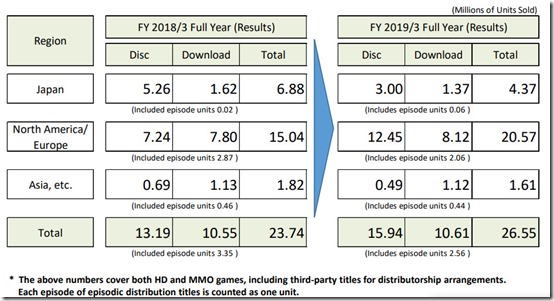 In units sold by region, there was a big increase in North America/Europe, but a drop in Japan, Asia, and other regions. In total, it increased by over two million units sold worldwide. 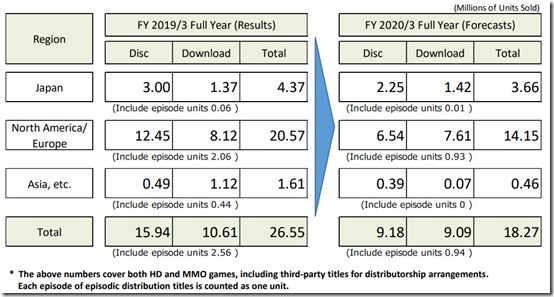 Square Enix provided the forecasts for the fiscal year ending March 2020, and they’re predicting an overall drop across all regions with a total going from 26.55 million to 18.27 million. These numbers cover both HD and MMO games.

As for smart device and PC browser games, many titles that launched in the past couple years underperformed and failed to add to the sales generated by existing titles. Square Enix also notes that a decrease in licensing income has also resulted in a year-on-year decline in net sales and operating income.

Square Enix’s arcade games saw a year-on-year rise in net sales thanks to new machines, but operating income fell due to higher depreciation charges associated with the installation of new machines.

In the publication segment, there was a sharp increase in digital publications and print format were on part with the fiscal year. The Manga Up! comic app posted an increase in sales, which resulted in higher net sales and operating income year-on year. 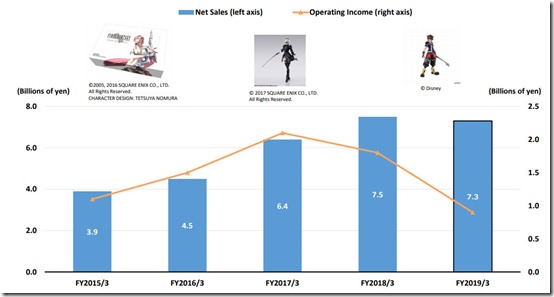 In merchandising, Square Enix says net sales and operating income fell due to a high hurdle set by the release of new merchandise based on key IP a year earlier and to strategic investments aimed at developing new businesses.

Here are some highlights from the company’s financial results briefing via @mochi_wsj: