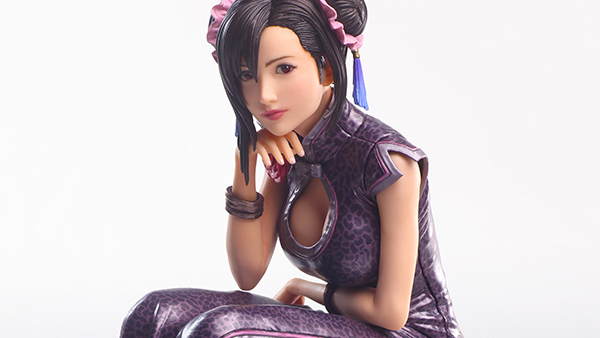 The Square Enix Store has added two new figures of Tifa in her cheongsam dress from FFVII Remake. One figure is part of the poseable Play Arts Kai figure line, while the second is a seated static figure that is part of the Static Arts line. As of writing, both figures are available for pre-order via the Japanese Square Enix Store. Each figure will cost ¥19,580 (about $141) and will release on March 25, 2023.

The Static Arts Tifa figure features the character sitting on a red cushioned chair. The figure has Tifa resting her chin on her hand, her dress drooped over her legs as she looks slightly upwards. It boasts high attention to detail and fabric textures, recreating her appearance from FFVII Remake as closely as possible. 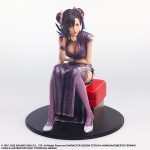 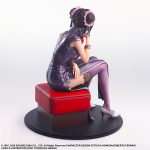 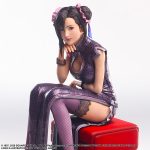 On the other hand, the Play Arts Kai figure allows owners to pose the figure however they wish. Furthermore, it also comes with an interchangeable face part and several hand parts. The dress below the hips is also a separate part from the torso, allowing for better mobility and posing. 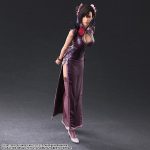 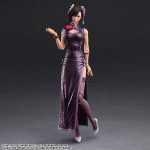 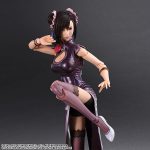 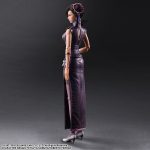 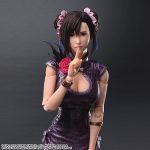 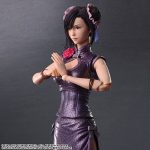 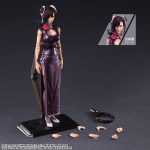 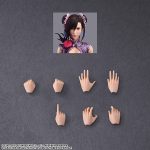 The cheongsam-inspired dress is one of the three possible dresses that Tifa can wear in Final Fantasy VII Remake, based on the Cloud’s choices. This one is unlocked by Cloud saying a “sporty” look suits Tifa best in Chapter 3. Her other iconic purple dress (the “Mature” option) is also available as Static and Play Arts Kai figures. However, she has not yet appeared in her third, “Exotic” kimono-style dress.

Both Tifa cheongsam dress figures are available for pre-order via the Japanese Square Enix Store. Each figure will cost ¥19,580 (about $141) and will release on March 25, 2023.