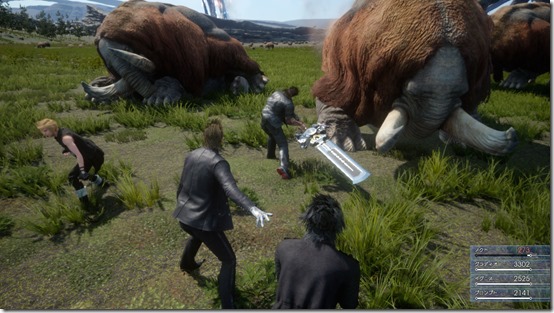 The latest livestream of Square Enix Presents Japan, titled “Tabata Director’s Active Time Report,” follows up with details on the Final Fantasy XV footage that was showcased at the Paris Game Festival.

The stream for the game was split into three parts, with the first part is titled “the map is very wide, so you’d better be ready”. Square start out by talking about the upcoming demo, and according to the developers, there is just so much to explore that it can get pretty tiring, especially while walking. Going around in a vehicle makes things much easier, however.

The footage begins at the 33:24 mark of the video. 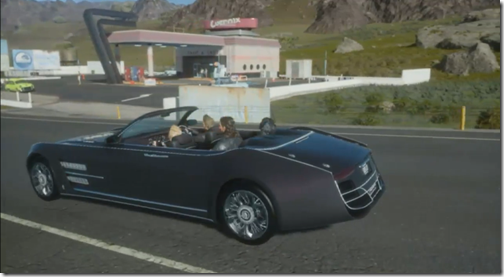 You can actually stop by the gas station shown in the footage, which will be a spot where you can rest and dine with Noctis and his buddies. As they drive around, they show other vehicles passing around, which will be a normal occurrence in the game. When Noctis is looking down on the fields, those are all places that you can explore, just to give you an idea of how vast the world is.The big dinosaur-like monster will aggro if you get close enough, and it is said to be very strong.

As an interesting aside, the monster is about 20 meters tall, and the developers were told to make it into something as big as a Brachiosaurus. When walking around in the forests, you’ll all kinds of buildings, some that you can enter and some that you can’t. There are also various animals like cats, dogs, birds, and more.

The 37:50 mark shows a little mountain climbing, and as it turns out, Square Enix got some developers to go mountain-climbing to get a better understanding of what it’s like to actually be on a mountain at higher elevations.

Next, they show all kinds of monsters that appear at night. Since these are extra dangerous and scary, it’s recommended to hide in buildings like the gas station that was shown earlier in the video.

When the sun rises, Prompto is heard saying, “Ahh, sunlight!” That’s just a little example of the party members speaking out loud. They’ll speak out in various occasions, not just during events. 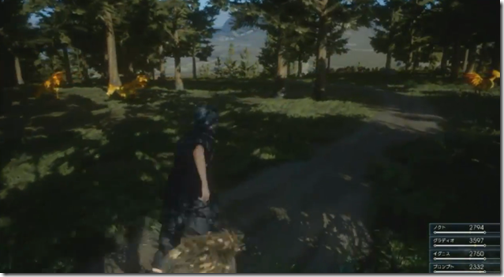 At around 40:10, you can also see some Chocobo grazing in the fields. Once they get to the lake, they ask again about whether you’ll get to fish, as mentioned during the Paris Game Festival, and Square Enix reiterated that it will indeed be possible. They finally get back on the road where the demo began, to end the trailer.

The second part of the Final Fantasy XV stream is called “Tech Demo, Again” which gives us a closer look at the demo that was shown at the Paris Game Festival. The demo shows us various technical aspects that are currently in the works using its Luminous Engine 1.4, which you can read about in our earlier report.

Finally, the last corner of the stream is a short Q&A sessions called “if there’s a lot you’re wondering about, why don’t you ask Tabata?” While the director in currently in France, he answered a few questions from fans, regardless.

The first question asked what happens if you mash the button instead of holding it down. Tabata previously explained that holding down the attack button would make Noctis do a series of attacks, but multiple presses would also result in doing a basic combo. As long as you can get the timing down, it shouldn’t be a problem.

The next question asked whether Final Fantasy Type-0 HD’s digital version will also include the demo for Final Fantasy XV, to which Tabata simply responded with “but of course”.

One fan had a question about the game’s UI, and asked where can you see the MP. According to Tabata, when they showed the footage at Tokyo Game Show, they didn’t have time to implement it, but the final version will include it, along with other commands.

The following fan said that 40 hours for total gameplay sounds concerning, as it seems a little bit short. Square Enix answered by saying that the 40 hours is actually for the story, and is how long it will take if you skip everything else (like dungeons), so the average player will likely spend much longer than that.

They also mentioned that there will be a vast amount of content, so there won’t be much to worry about as far as that is concerned.

Square Enix concluded the event by saying that the next batch of information for on Final Fantasy XV will be revealed live during the Jump Festa later this year. Even though the “Tabata D’s Active Time Report” didn’t feature the director himself, he will definitely be there for the next time.