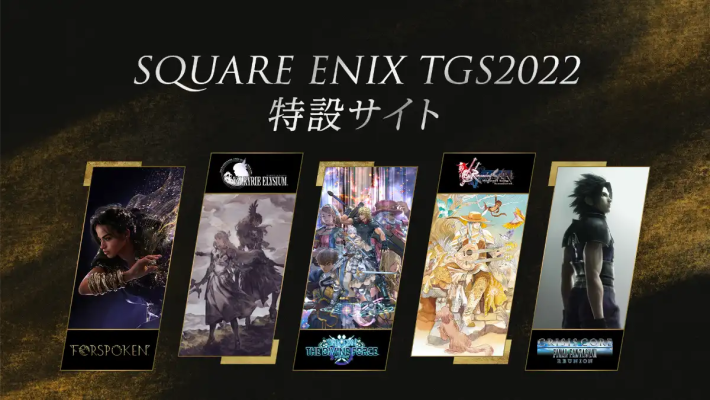 Square Enix has opened a special website for its TGS 2022 schedule and lineup. The publisher will be showcasing new and upcoming games such as Crisis Core Final Fantasy VII Reunion, Forspoken, and Romancing Saga, among others. Furthermore, the in-person booth will allow players to get some first-hand experience with these titles before they release. For those unable to attend, Square Enix will also be hosting live broadcasts over the course of the four-day event.

Tokyo Game Show 2022 will be held from September 15 to 18, 2022, at the Makuhari Messe in Tokyo, Japan. Square Enix plans to host both a physical booth as well as live streams during the event period. These broadcasts will showcase games including Star Ocean 6, Valkyrie Elysium, Harvestella, The DioField Chronicle, Dragon Quest The Adventure of Dai, Nier: Automata EOY Edition, and Tactics Ogre: Reborn.

The live streams will also feature prominent developers and guests, as well as the return of popular segments such as FFXIV producer Naoki Yoshida’s A Stroll with Yoshi-P. Some of these segments will be pre-recorded, and others will only be available with Japanese audio. Fans can follow the streams via Twitch, YouTube, and Nico Nico, with YouTube being the only platform with official English support.

You can check out the full Square Enix TGS 2022 Schedule below (all times are listed in JST):

TGS 2022 will take place from September 15-18, 2022, in Tokyo, Japan. In addition to a physical booth, Square Enix will host streams of its content throughout the duration of the event.