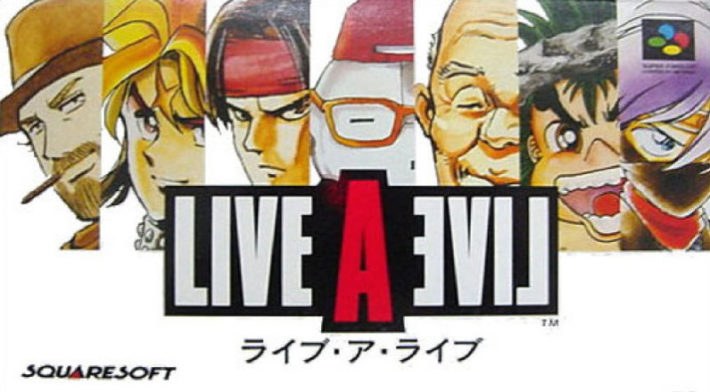 The 1994 Super Famicom RPG Live A Live has never released outside of Japan, but this could change in the future, as Square Enix filed a trademark for the title in Australia. [Thanks, Gematsu.]

Live A Live originally released in Japan in September 1994 for the Super Famicom. It marked the directorial debut of Takashi Tokita, best known as the director for Chrono Trigger and Parasite Eve. The game features seven protagonists to go with seven main scenarios, with character designs handled by different manga artists. It also marked the first large-scale project for composer Yoko Shimomura.

What made it one of Square’s more unique RPGs at the time was its gameplay. Each of the main scenarios has its own unique systems. This includes the battle encounters, which vary from random encounters to symbol encounters that have monster sprites that could be avoided. The battles take place on a 7×7 grid with a turn-based system.

The game also has an interesting mix of skill systems. In the more familiar systems, you can unlock new abilities by leveling up with experience points. There are some scenarios that have you unlock abilities through story progression, and one that requires learning skills by seeing enemies use them first.

While the new trademark doesn’t guarantee that the game is coming West, it’s actually the first time we see the title mentioned anywhere outside of Japan.

Live A Live released for the Super Famicom in Japan in September 1994. The game re-released through Nintendo’s Virtual Console for Wii U in June 2015.