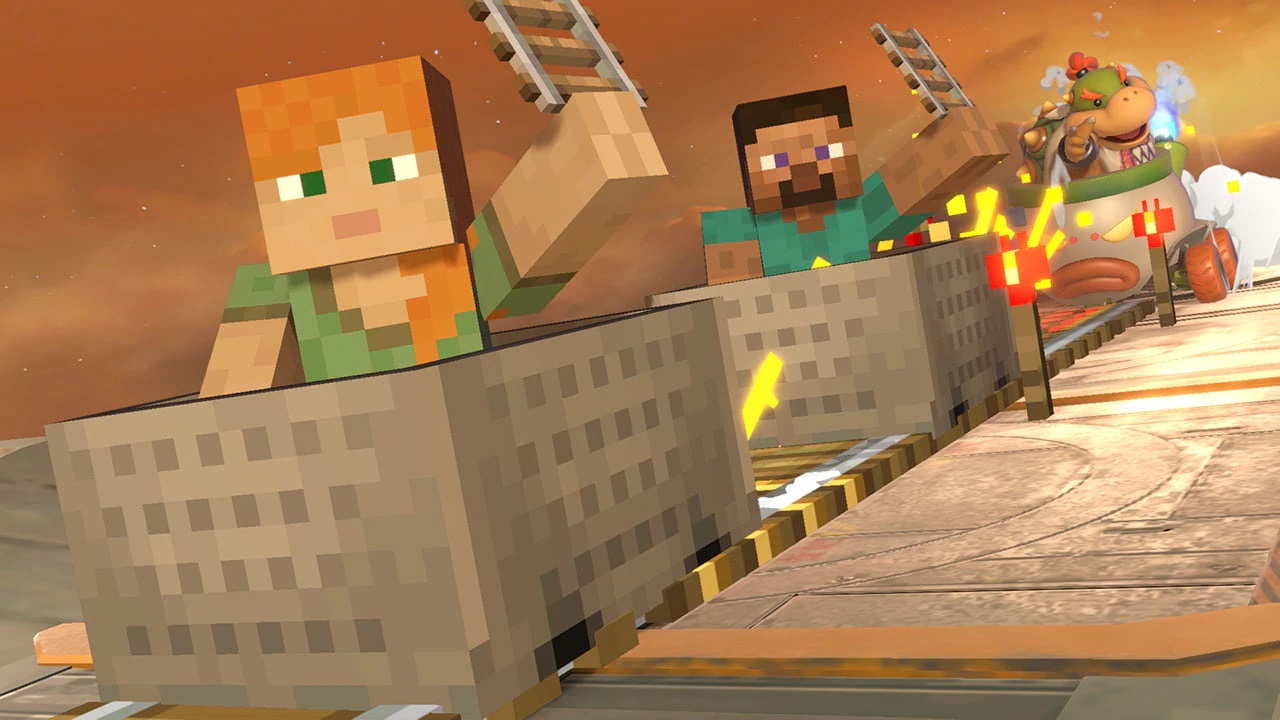 Now that Nintendo announced the Minecraft Super Smash Bros Ultimate DLC, there are updates to help provide a little more context regarding what to expect. For example, the official website has been updated with some new pictures showing off Steve, the Alex option, and some other palette swaps.

While these are all staged shots, they do provide some looks at what people can expect. We can see the Minecraft stage, with a village, some cows, and a villager. Alex is offering some meat, which is one in-game move. We see an explosion involving Steve and King K.Rool. Alex uses a pickaxe against Mario in his Builder outfit. Steve glides along with Pit. There are also Alex and Steve in minecarts. We also have a picture showing Steve, Alex, Zombie, and Enderman in the same shot.

The Super Smash Bros Ultimate Minecraft DLC is on the way. Like the other add-ons, it will include the new character, the stage, and seven songs from Minecraft. You’ll be able to buy it alone for $5.99 or in the $29.99 Fighters Pass Vol. 2.

Super Smash Bros Ultimate is available for the Nintendo Switch. The SSBU Steve and Alex presentation will air on October 3, 2020 at 7:30am PT/10:30am ET/4:30pm CET and last for about 45 minutes.