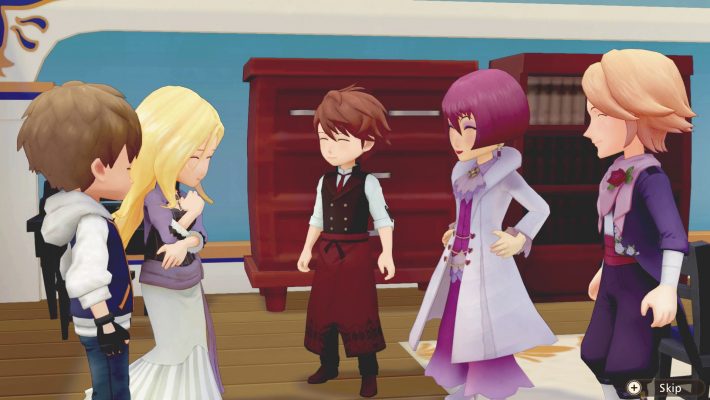 People can now romance Iris and Raegar in Story of Seasons: Pioneers of Olive Town, as the Terracotta Oasis DLC is now available. It launched on June 24, 2021 outside Japan, the same day the add-on debuted there. It adds a new town with four new people to visit. In addition, people can now get a $1.99 White Fox Costume for their avatar to wear. That was only available in Europe before.

All four of the Terracotta Oasis residents in Story of Seasons: Pioneers of Olive Town originally appeared in the 3DS game Story of Seasons. Iris is a novelist, Raeger is a chef, Marian is a doctor, and Giorgio is a farmer. In order to visit with all of these people and see their events, you need to take the boat at the dock on your farm to head to the new town. Those four people will be the only ones there.

Here’s a trailer introducing people to the Story of Seasons: Pioneers of Olive Town versions of Giorgio, Iris, Marian, and Raeger.

Story of Seasons: Pioneers of Olive Town is available for the Nintendo Switch, as is its Terracotta Oasis add-on with Iris and Raeger. To get the add-on, you must purchase the $19.99 expansion pass. The last DLC added Windswept Falls and Neil and Felicia as love interests.