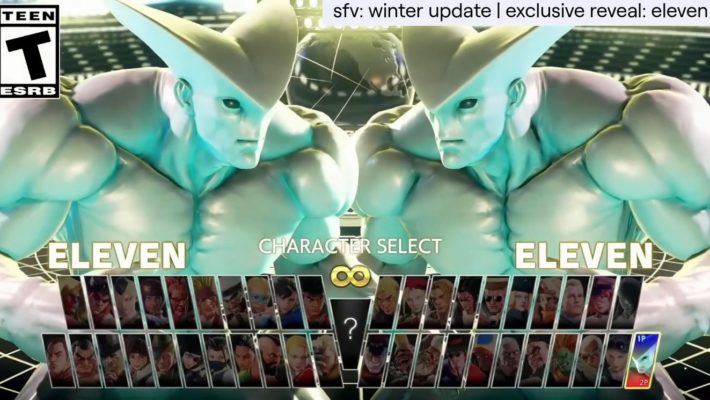 Following the February 2021 Street Fighter V Winter Update, Twitch Gaming offered a first look at Eleven. The character was revealed as a Season Pass 5 Character Pass and Premium Pass bonus. This will essentially be a mimic character who, before each match, will switch to a different member of the cast.

The Twitch Gaming presentation offered a very brief look at what happens when someone chooses Eleven in Street Fighter V. In the character select menu, they will have a distinct look. Before a match begins, people will see them randomly change into another member of the cast.

There will be some limitations to what is basically this random select character. It will only be able to mimic characters the player already owns. So if you don’t have the DLC for someone, Eleven won’t become them. Eleven will also retain its same color scheme too, to help set them apart from the standard version of the character.

Street Fighter V is available for the PlayStation 4 and PC. The Street Fighter V Eleven character will only be available in-game if someone buys the $24.99 Character Pass or $39.99 Premium Pass. You will also get Eleven’s Fighter Profile with them.