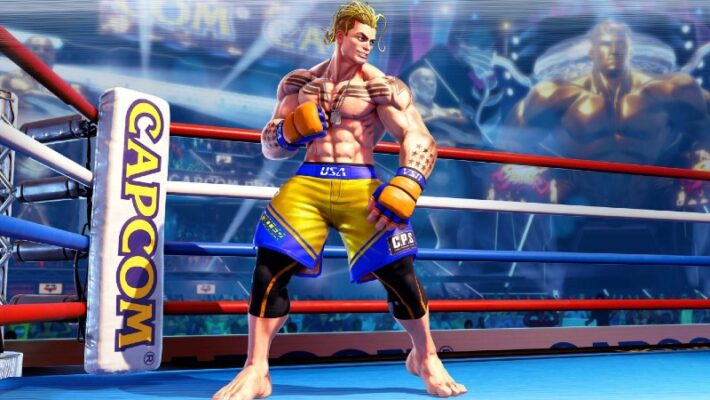 As expected, the final Street Fighter V Fall 2021 update ended up completely dedicated to Luke and revealing his release date. It’s November 29, 2021. The DLC character is the final Season Pass 5 addition. He’s also an entirely new protagonist. His style focuses on strong punches. For example, his normal punches propel him forward. He also has attacks like Flash Knuckle. The segment also teased his relationship with other characters. For example, an early story scene showed Luke with Guile.

Here is the full Street Fighter V Fall 2021 update. Almost immediately after it begins, Luke becomes the main focus. It starts by looking at his moveset. Then at the 14:50 mark, we get to see Luke fight… Luke. This also gives people a chance to see his normal outfit and other costumes. Previously, Capcom showed off concept art of his different looks.

Luke is the final Season Pass 5 DLC character for Street Fighter V. The previous additions consisted of returning fighters. Street Fighter staples like Dan, Oro, and Rose came back. It also marked the reappearance of a Rival Schools character, Akira Kazama. Eleven is available as bonus content for people who purchased this season pass.