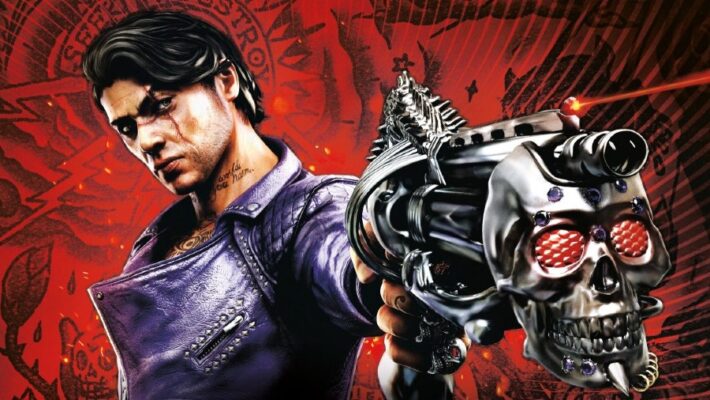 In a new interview with Destructoid, Goichi “Suda51” Suda confirmed Grasshopper Manufacture retains the rights to Shadows of the Damned. He also went on to discuss the possibility of Garcia Hotspur returning. While nothing was confirmed, he did suggest a desire to work with Garcia and characters like The Silver Case’s Newtype Kamui and Midori Midorikawa again. Specifically, he said there is “definitely a possibility” of multiple past Grasshopper Manufacture characters and IPs returning. [Thanks, Destructoid!]

First, Suda51 confirmed Grasshopper Manufacture could do something with Garcia again. As a reminder, EA published the original game. He noted, “Shadows of the Damned, that’s our game. We own the rights to that.”

In the interview for a new game, Suda51 mentioned that new games with people like Shadows of the Damned’s Garcia Hotspur could show up in games again. Multiple characters were brought up, The Silver Case and No More Heroes 3’s Midori Midorikawa and Super Fire Pro Wrestling Special and No More Heroes 3’s Notorious, as examples of people who could return.

Here is Suda51’s exact response as to if characters or older games could come back.

We own the rights to all those [characters that Jonathan Holmes mentioned]. Theoretically, yeah, we could pretty much do whatever we want with them. With the characters and the IPs.

They might be popping out in a brand new IP. They might come up in a redo of an existing IP. I don’t know.

Yeah, there is a relatively good chance that you’re going to see some or all of them again at some time in the future.

Here is the full Destructoid Suda51 interview. The Shadows of the Damned detail comes up at the 27:18 mark.

Editor’s Disclosure: Destructoid, like Siliconera, is owned by Enthusiast Gaming.