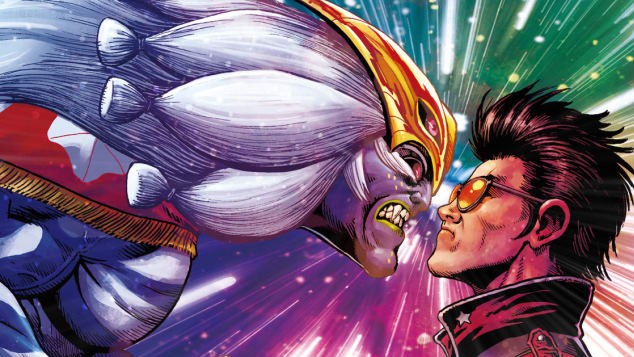 Nintendo shared a new video with Goichi “Suda51” Suda that not only offers insight into No More Heroes 3. The interview also involved him discussing things like his creative process and Nintendo games. Namely, he shared that his favorite Nintendo series is The Legend of Zelda.

When asked the question, Suda51 first got up to retrieve some The Legend of Zelda amiibo. In particular, he held up the 8-Bit Link and the The Wind Waker Toon Link one where he’s wielding the baton. Here’s his exact response.

My favorite has to be… I have a lot of these… but it’s Link and The Legend of Zelda. As for the Legend of Zelda series, there are a few Game Boy versions that I haven’t played, but I’ve completed almost all versions. I try to clear and complete everything as much as possible.

Here’s the full Six Quick Things! with No More Heroes 3 Director Suda51 video. He also talked about the backstory for the game, how he comes up with ideas, Travis’ moves, including the free map, and what game he’s been playing lately.

We discuss the unknown pleasures of No More Heroes 3 with @suda_51 in the latest Six Quick Things!

Topics:
????: New techniques to take down alien assassins
❓: His favorite Nintendo franchise
????: His preferred place to think
And more!#NMH3 touches down 8/27 on #NintendoSwitch. pic.twitter.com/i9zJuVAFUB

No More Heroes 3 will come to the Nintendo Switch on August 27, 2021. People can temporarily hear some of the No More Heroes 3 soundtrack on YouTube until 11:59pm JST on September 2, 2021.