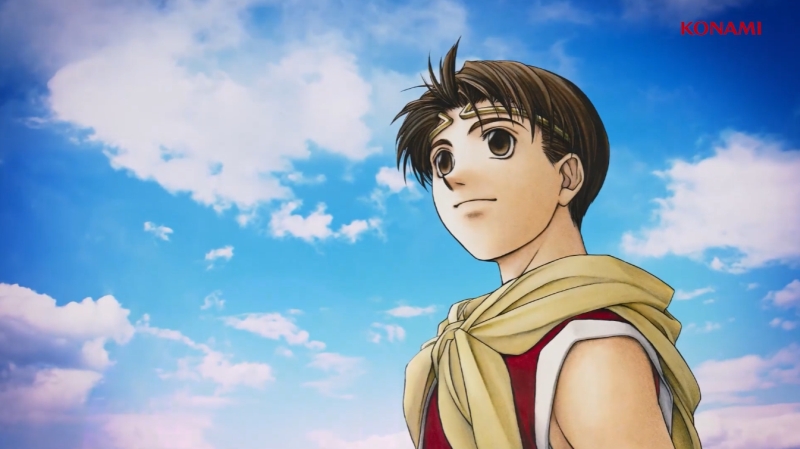 Suikoden is back. Or rather, the two best-known Suikoden games are back. Konami announced Suikoden I and II HD Remaster at its 2022 Tokyo Game Show livestream event on September 16, 2022. As might be gleaned from the title, it’s an HD remastering of Suikoden and its sequel (known as Genso Suikoden in Japan), and is headed to PS4, Xbox One, PC, and Nintendo Switch in 2023.

Check out the announcement trailer for Suikoden I and II HD Remaster below.

The trailer shows character artwork, retouched by series character designer Junko Kawano to look better at HD resolutions. The in-game graphics have also been retouched, but generally retain a look close to the originals, though in widescreen aspect ratio, with heavily redone environment art. The battle scenes also feature more realistic rendering on the environments, which are in 3D. Overall the remaster appears to be similar to that done for the mobile re-releases of various Final Fantasy games prior to the Pixel Remaster line. That said, the differences are really only apparent in side-by-side comparison. The presentation didn’t mention if there would be significant gameplay adjustments, though there are some changes, like an auto-save, battle speed adjustment, and a conversation log for reviewing dialog. For example, Suikoden II HD Remaster sprites will be able to move diagonally.

Check out some screens of the comparison shots surfaced during the presentation. Comparisons of the updated character art are also available. 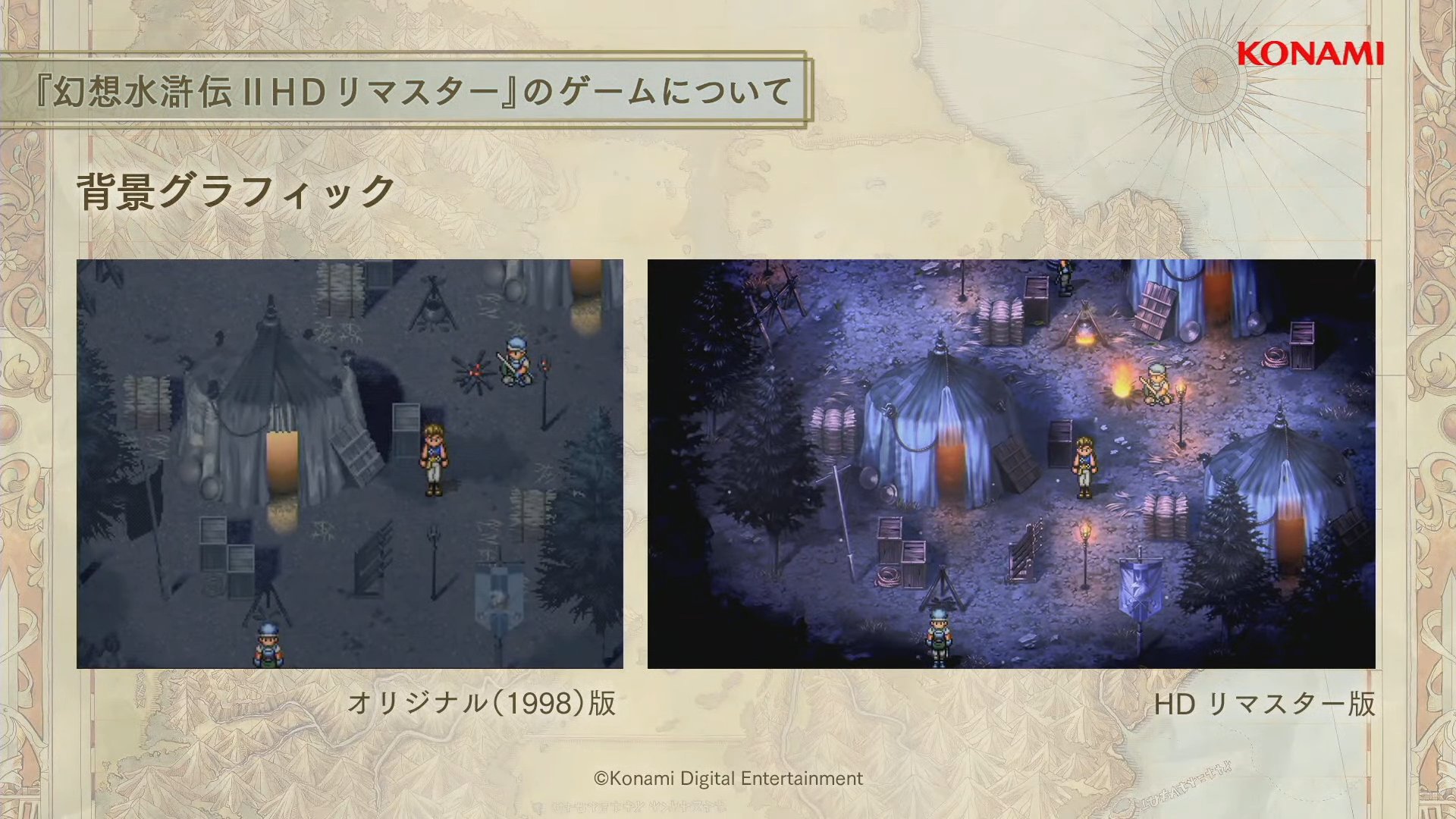 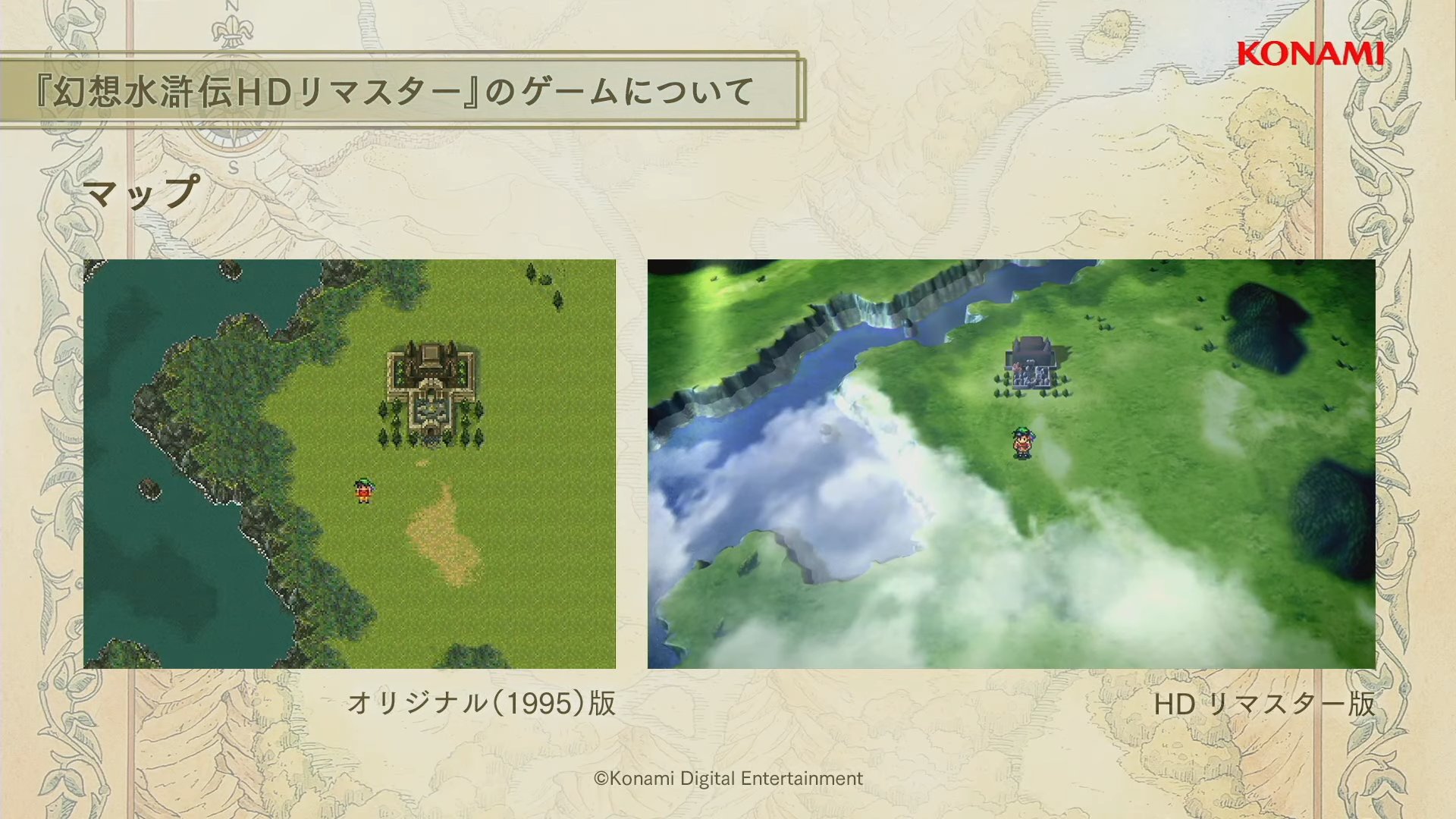 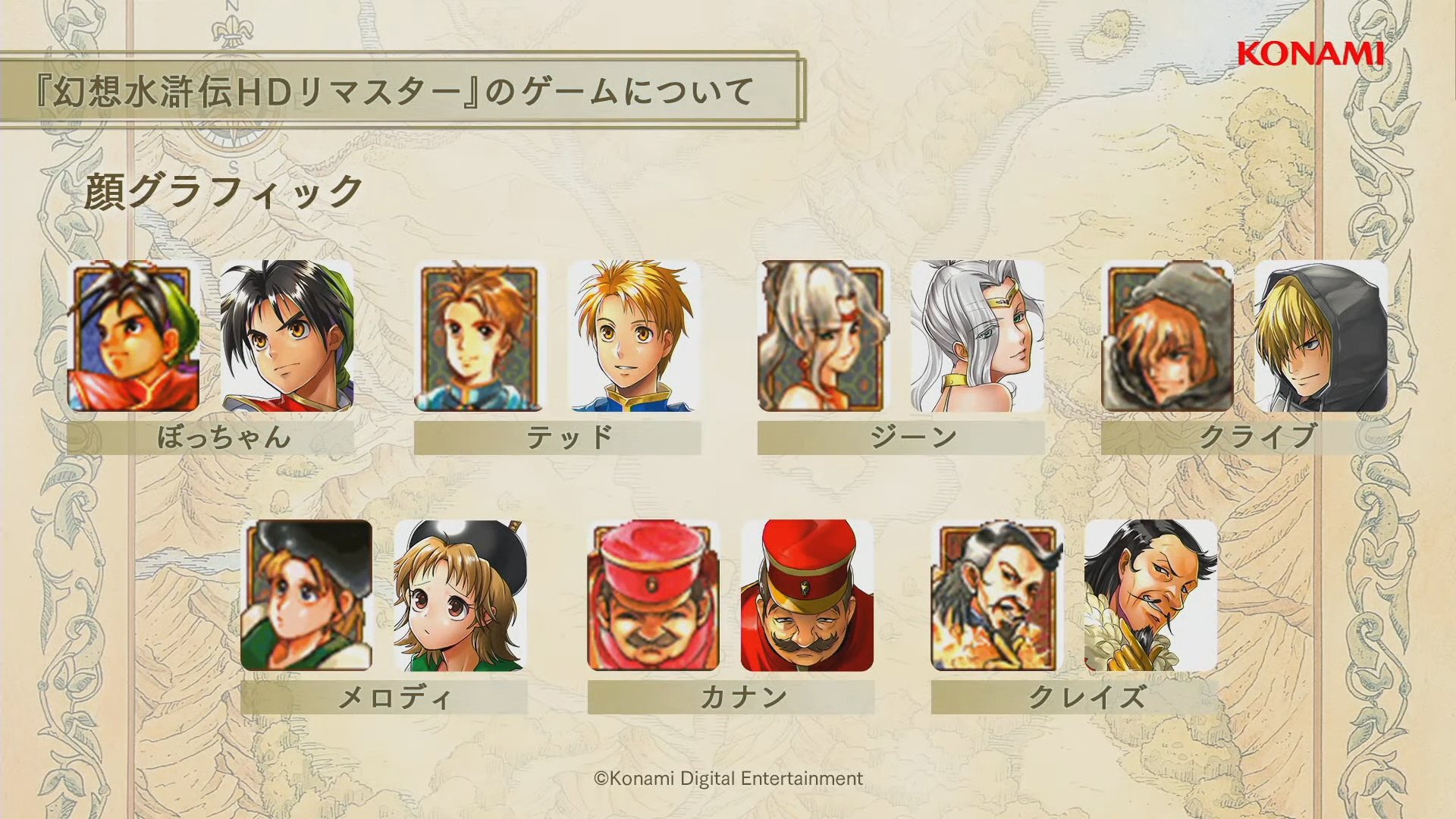 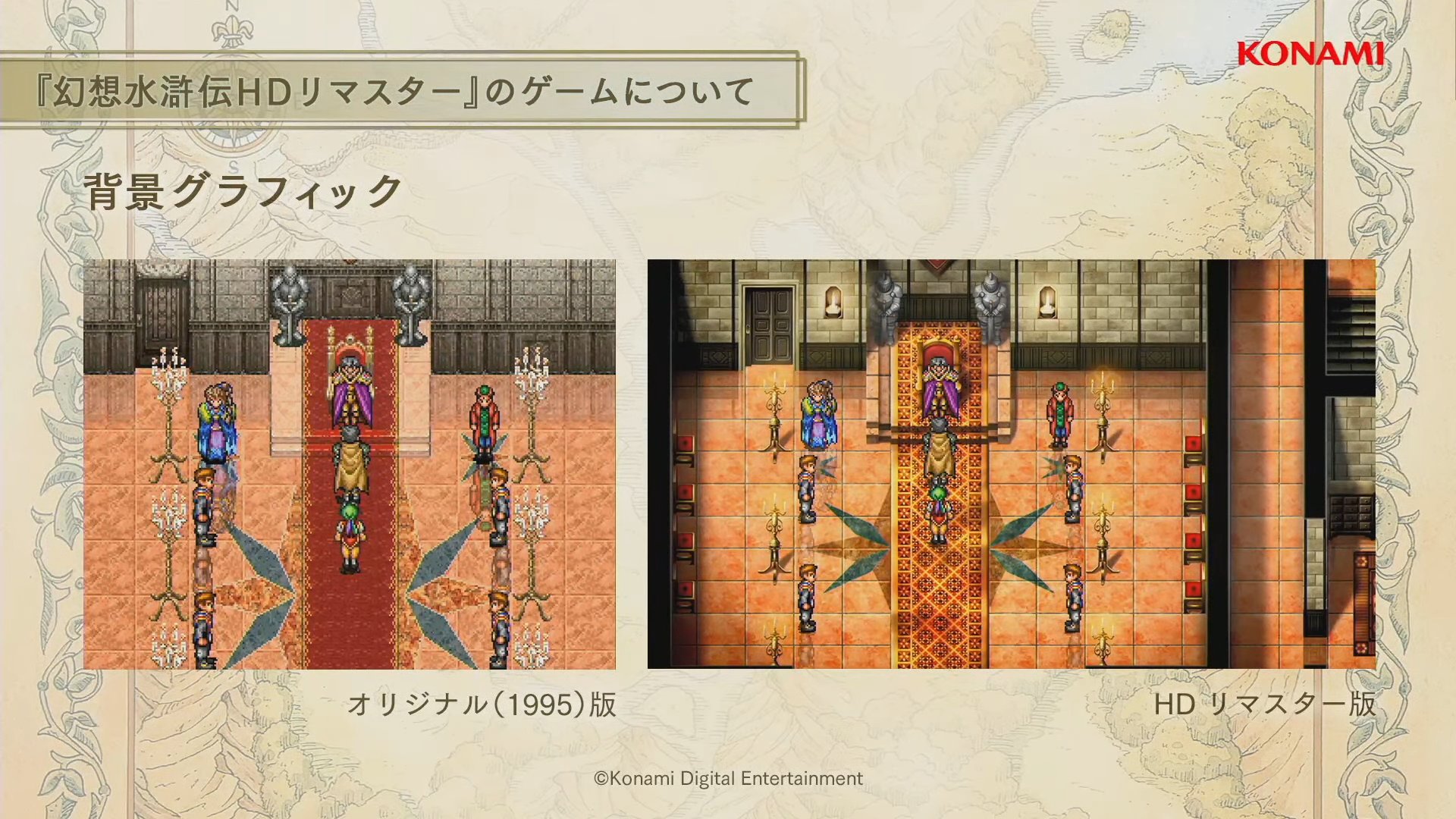 Suikoden I and II were originally PS1-era RPGs, released in 1995 and 1998. Overseas they were at first overshadowed by higher-profile RPG releases – Suikoden II hit shelves just ten days prior to Final Fantasy VIII – but gained recognition over time, getting rereleased in Japan as a PSP two-game bundle. They were rereleased globally as PS1 Classics in 2008, and became downloadable on the PlayStation Network to PS3s, PSPs, PS Vitas, and PS TV devices. However, the closure of the Vita and PSP stores has made them difficult to acquire.

Suikoden I and II HD Remaster is in development and will release on PS4, Xbox One, PC, and Nintendo Switch in 2023. A Steam store page for the game is already live, under the formal title Suikoden I&II HD Remaster Gate Rune and Dunan Unification Wars.