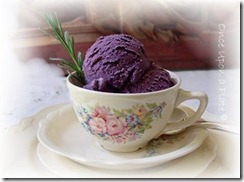 This week in Sundae Funday! We’re just two weeks away from E3. I don’t want to turn this into a “What do you want from E3” post — let’s face it, that will only lead to confusion and tears — but I was curious as to what people think the “theme” of E3 will be this year.

If you ignore the 3DS (which was the subject of most of last year’s E3 buzz), I’d say the focus was squarely on the expansion of motion controllers and incorporating them into  different kinds of games. What do you feel this year will bring?

While you mull over that, here’s this week’s three scoops of news!

How Half-Minute Hero Second Improves Upon The Original

Part 2 of our Half-Minute Hero Second interview with producer, Kenichiro Takaki, focuses on how “Second” connects with the first game, and what the team is doing with all the development extra time they have, now that the game has been delayed for a second time.

At some point, Sony were considering turning the current PSP into a cell phone, via an accessory that would have added a touchscreen and a cellular radio.

The Australian Classification Board just rated a Tetris game from Hudson. Is it for the Nintendo 3DS?

This week’s ice-cream is a Blueberry Lavender. Picture and recipe found at Once Upon a Plate.