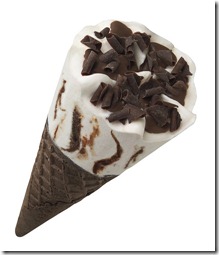 This week in Sundae Funday, I thought we could talk a little bit about Cooking Mama. Over the years, Mama’s grown into a valued property. Her games have been published by three different publishers across the world, and developer, Cooking Mama Ltd., even changed their name from “Office Create” to what it is now, due to her popularity.

This fall, Majesco will publishing Cooking Mama 4 and Camping Mama. Prior to camping, we’ve also seen Babysitting Mama and Crafting Mama. So, here’s the question: what do you think Mama should do next?

Would it be wise to put her in more traditional game settings (Mama Kart, anyone?) or should she stick to her career as a lifestyle specialist? Perhaps she could be a coach next? Or a teacher?

While you ponder that, here are this week’s three scoops of news! Maybe they’ll give you some ideas. Maybe.

Radiant Silvergun On Xbox 360 Includes Two Versions Of The Game

Treasure’s Xbox Live Arcade release of Radiant Silvergun will include both versions of the game — arcade and Sega Saturn.

Everything Explodes In A Fountain Of Blood In This BloodRayne: Betrayal Trailer

WayForward’s 2D take on BloodRayne is gory, but stylish…and rather reminiscent of Castlevania.

Falcom President Reflects On Trails In The Sky, Talks About Series Future

While Trails in the Sky was the focus of our fan questions to Falcom’s president, we also talked about bringing PSP games from Japan overseas, the possibility of Ys games on Steam, and their upcoming NGP title.