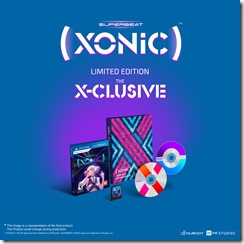 PM Studios and acttil have released information on the two limited edition releases for Superbeat: Xonic, the companies’ PlayStation Vita rhythm game. The two bundles are known as the X-otic and X-clusive Collections, and will be available in very limited numbers.

The Superbeat: Xonic X-clusive Collection will come with a physical copy of the PlayStation Vita game and a two disc soundtrack with 57 songs from the game. Only 500 will be made, and it will retail for $50. Shipping will be $8, and it will only be available for North American residents in the United States, Canada, and Mexico. 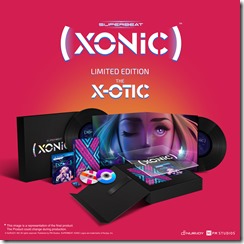 The X-otic Collection is bigger, more expensive, and more limited. With this Superbeat: Xonic Limited Edition, people get a cartridge with the game on it, the two disc soundtrack with all 57 tracks, and two records with the entire 57 track soundtrack on them. The cost for this assortment goes up to $100 and has $15 shipping and handling. Again, it is available for people in North America. Only 450 will be produced.

Pre-orders for the Superbeat: Xonic X-clusive and X-otic Collections will open at 4pm PT on October 9. The game will come to the PlayStation Vita in Fall 2015.