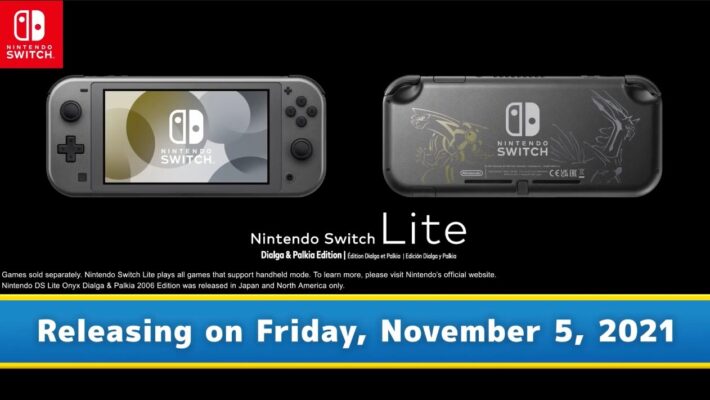 A special edition Dialga and Palkia Nintendo Switch Lite will go on sale on November 5, 2021 to commemorate the release of Pokemon Brilliant Diamond and Shining Pearl. The announcement was made during today’s 28-minute Pokemon Direct stream, following a new trailer for the titles.

This will be a black version of the system. On the back, outlines of Dialga and Palkia, the two legendaries, will appear in silver and gold outlines.

The special-edition Dialga and Palkia Nintendo Switch Lite is set to release on November 5. Pokemon Brilliant Diamond and Shining Pearl are now available to preorder, and will release globally on November 19, 2021.