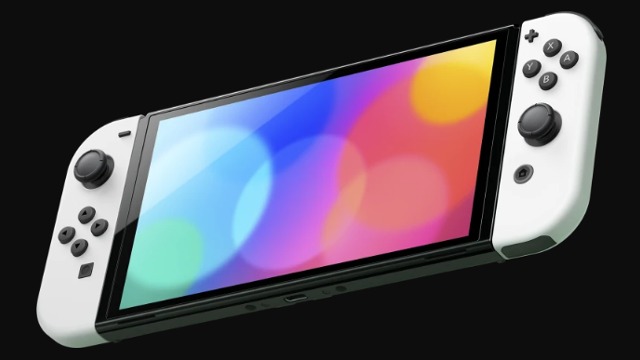 Following Nintendo’s official reveal of the Nintendo Switch OLED model, Japanese media outlets like Famitsu sent inquiries for more details about the new model to the company. The inquiries included questions about the OLED Switch processor and the new dock supporting a wired LAN connection.

One of the most-asked questions about the new model was whether it will have better performance, like the PS4 Pro and Xbox One X. Nintendo confirmed in the Japanese interview that the OLED model will use the same CPU/GPU as existing Switch models. Current models use a customized Nvidia Tegra processor.

The OLED model will come with a seven inch screen and a new dock that supports a wired LAN connection. The Japanese FAQ page confirmed that the new dock will work with the original Switch model and vice versa. However, the company currently has no plans to sell the new dock and the white Joy-Cons separately.

In the latest financial report, Nintendo expects to sell 25.5 million Switch units in the 2022 fiscal year. It has included the new OLED model in its projection. However, this does not mean Nintendo will shift its focus to the new model. The company will evenly produce and distribute all three models — Original, Lite, and OLED — with each having different prices and targeted user bases.

The Nintendo Switch OLED model will be available on October 8, 2021. The first-party game Metroid Dread will come to the platform on the same day.