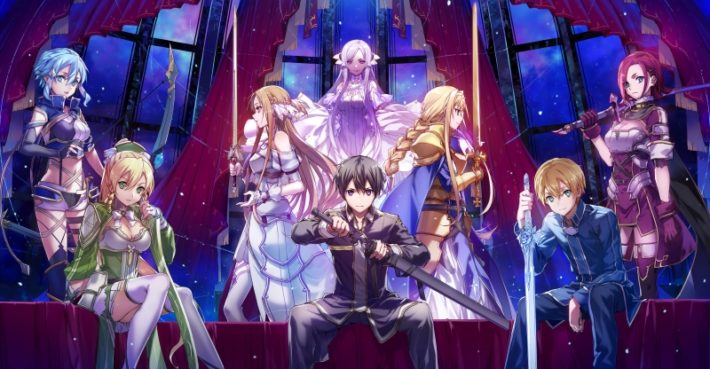 Sword Art Online: Alicization Lycoris starts off slow. Real slow. So slowly that at the time of this writing, my in-game clock tells me I’ve been playing for nearly 25 hours, yet I’m not very far past the game’s first main story chapter. Those hours began when Kirito woke up in the virtual fantasy landscape of the Underworld, surrounded by a whole civilization of AI people, not knowing how he was brought there or how to leave. About 15 hours later, I controlled Kirito as he and his newfound friends Eugeo and Alice triumphed in their battle against Administrator, Pontifex of the Axiom Church and power-mad ruler of the Underworld.

And that was just Sword Art Online: Alicization Lycoris‘ prologue! Having a game take this long just to really get going is, without a doubt, a misstep. It’s one that’s going to turn off players that aren’t interested in essentially recapping the events of Sword Art Online: Alicization‘s first story arc. And yet, I can’t say that time was wholly wasted. Alicization Lycoris does a better job than any Sword Art Online game, or even the anime series, of making its virtual world—-in this case, the Underworld—-a real place, one conceivably worth risking it all to save. 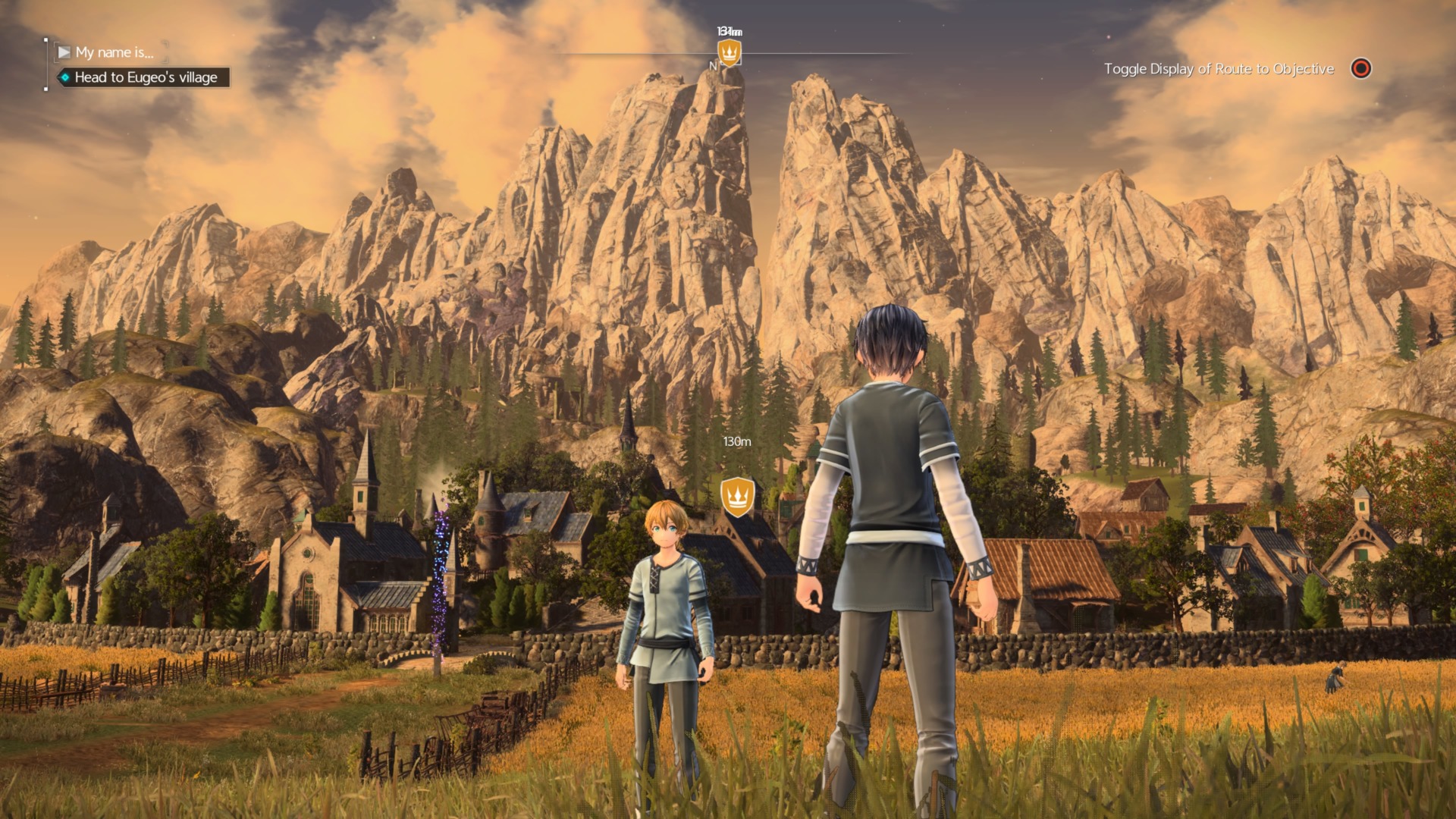 Of course, Sword Art Online has never been particularly burdened by the need to “world-build.” After all, its worlds were all fairly typical game worlds, deliberately designed to seem artificial, serving as backdrops to the stories of people and technology. The “lore,” such as it was, was irrelevant.

The Underworld is different, though. Constructed by the company Rath and populated almost entirely by “Fluctlights,” artificial intelligences as human as you or I, the Underworld is the most “real” world that’s ever been featured as a Sword Art Online setting. Alicization Lycoris does its best to give it its due. The price of that intent, it seems, is making the two years Kirito spends living as an ordinary denizen of the Underworld feel like it takes two actual years to pass.

Indeed, seeing this in practice is interesting, because for the most part, the early hours of Alicization Lycoris don’t deviate significantly from the “canon” flow of events.  in the The steps of Kirito and Eugeo from the border village of Rulid to the capital city of Centoria, as well as up the ranks of the Swordcraft Academy and into the Central Cathedral, happen much as they do in the anime series. Points in time that are skipped over there, such as Kirito and Eugeo’s time in Zakkaria, are skipped over in the game, too. And yet, the sense of tiem passing feels more full, packed with brief interludes and long conversations. Extracurricular hunting missions, side quests, and plain old conversations with Eugeo about things like the nature of the Underworld’s nobility, all make the game world feel more alive, and less like set dressing. In short, the picture the game paints of the Underworld feels vivid. 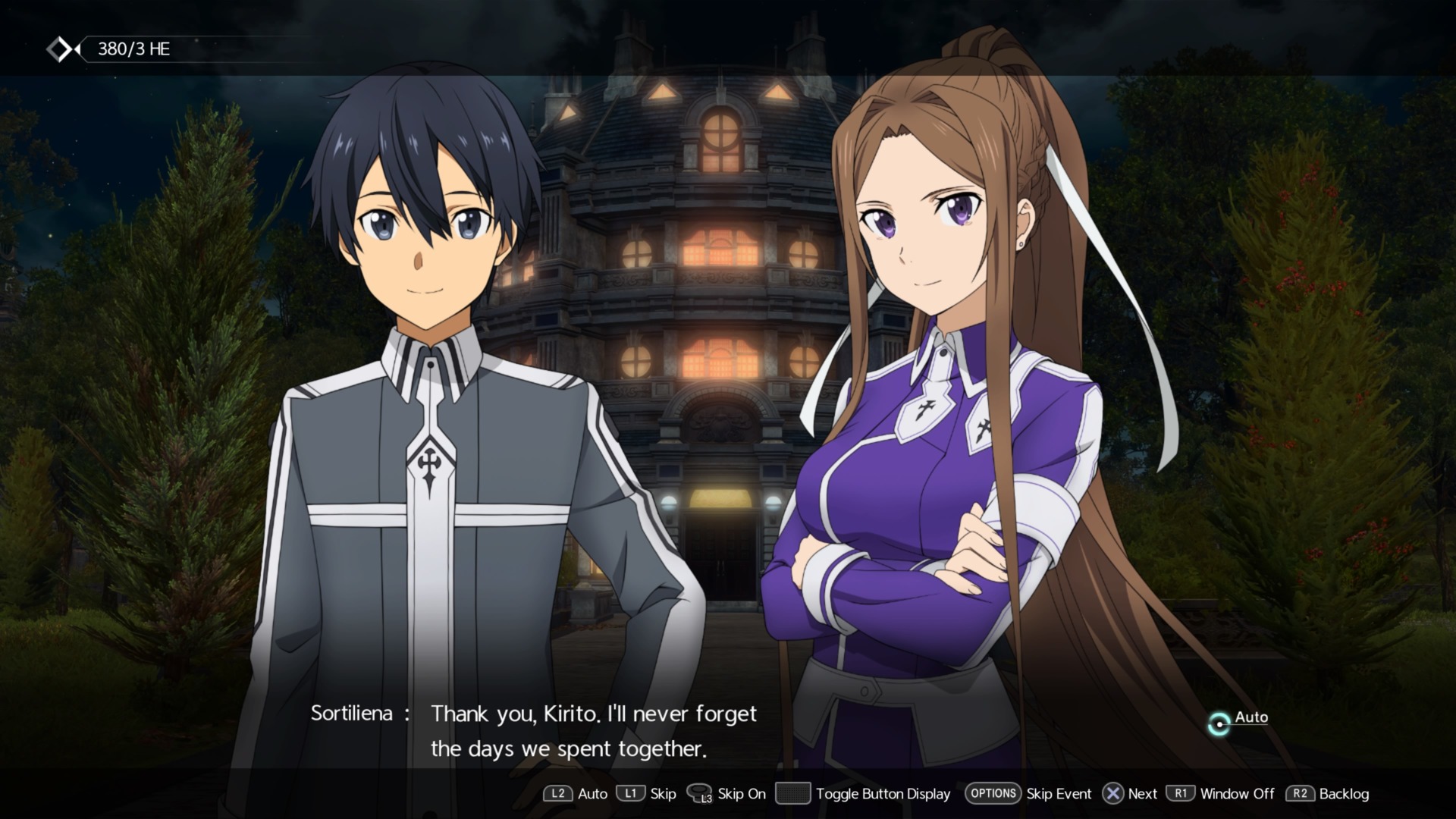 Vivid, perhaps, though not always especially pretty one. More than in the anime, at least (I have not read the Alicization arc in the novels), Alicization Lycoris underlines the darker side of Underworld’s society. Under the Pontifex’s rule, the people of the Underworld operate within a strict set of laws that are almost literally impossible to disobey. And yet those with power, the aristocracy and corrupt servants of the Axiom Church, still find ways to manipulate loopholes in the rules and twist what is ostensibly a set of universal principles to serve themselves and entrench their ability to lord over those below them.

The most vivid example of this twisted status quo comes courtesy of Medina, Alicization Lycoris‘ new original character. As a member of the nobility, she should be in much the same position as hateful bullies like Humbert and Raios. But, due to the fact that her family has been denounced as “defective” by the Pontifex, she suffers constant humiliation from all quarters. Her storyline, which starts early in the game and forms the backbone of the game’s narrative following its divergence point, is interesting and doesn’t feel too out of place. To Alicization Lycoris‘ credit, if I were only aware of Sword Art Online‘s plot from the games, I wouldn’t be able to tell if Medina was a game-original character, just from the circumstances of her inclusion. If anything, I’d be wondering why the game is called “Alicization,” considering the character of Alice seems to be relatively uninvolved in large parts of the story at first.

That said, though Medina’s story works well enough when considered on its own, its presence also a sign that Alicization Lycoris isn’t immune to one of the Sword Art Online‘s worst habits. Namely, the franchise’s abuse of its female characters to establish how horrible its villains are. Medina’s subplot, in addition to scenes carried over from the anime only underscore how tired the trend is, to the point that even Sword Art Online‘s creator expressed ambivalence over the tendency.

The reuse of these elements is all the more disappointing considering that the Sword Art Online games have historically been pretty good at dodging these very same pitfalls. Their age-rating targets and status as part of an odd, alternative timeline (one where both Leafa and Sinon are SAO Incident Survivors, for example) has meant them often writing their way around kind of content. To see Alicization Lycoris not take the opportunity to be bolder in its divergence on this point is somewhat tragic.

That said, it, alongside its other original elements and twists on the Alicization I know, do the job. I’m hooked, and despite the unnecessarily languid opening hours, I’m ready to see what the rest of Sword Art Online: Alicization Lycoris has to offer, hopefully, once they work out the kinks.