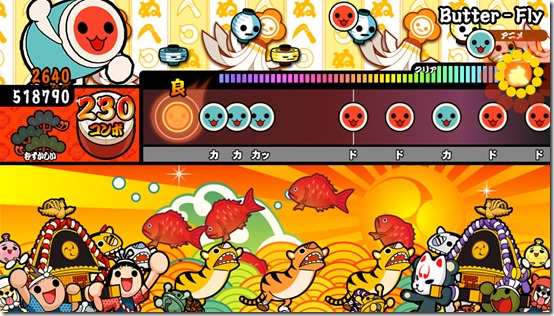 Taiko: Drum Master V Version is the latest from the rhythm game series for the PlayStation Vita. Here are some of the tracks that will be in the game, along with some guest characters for the RPG mode.

The following are newly announced tracks for the upcoming game:

Here’s a look at some of the characters that will appear as guests in the Dondaa Quest RPG mode:

Normin (from Tales of Zestiria, along with some Mabo Curry): 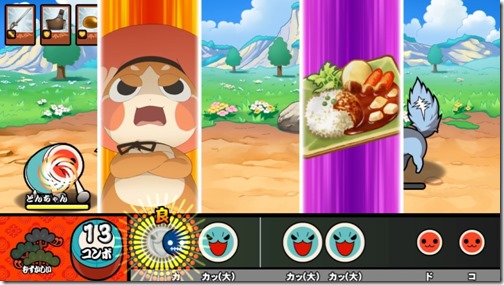 Taiko: Drum Master V Version is slated for release in Japan on July 9, 2015 for PlayStation Vita.