That’s an enormous number for a game, even with 6 composers on the team — Yasunori Mitsuda, Yoko Shimomura, Manami Kiyota, and the three-person team ACE+, which consisted of Chico, Tomori, and Kenji Hiramatsu. Tetsuya Takahashi, director of Xenoblade, was well aware of the scale his game would reach, and he tried to reflect sheer size of the world not only through visuals, but also through music. One of his tactics was to use instruments in ways they ordinarily wouldn’t be used. For example, sticking an electric instrument in amidst strings flowing in the background.

Takahashi also aimed to purposely run counter to certain traditional elements of RPGs, though. Battle scenes distinct from the rest of the game are practically inevitable in all RPGs; however, Takahashi requested for a piece that players wouldn’t usually attribute to battle music — one that would “destroy the atmosphere of the battle a bit.”

Variety was inevitable with the sheer number of composers on the team, and this was another way he tried to exemplify the scale of the world. Each person had his or her own style, and Takahashi was determined to make everyone’s shine through. In the beginning, he would often request songs by playing sample songs that he felt were similar in mood to what he imagined for a certain scene; after all, no matter how much he described the atmosphere of the piece he wanted in words, every person’s interpretation of it would be different. The easiest way would be to show them using existing songs.

This seemed like a good idea at first, but before long, he found that the composers were too caught up on his samples. The songs didn’t have that “spark” that defined an individual composer. And so, he would say, “This isn’t quite it,” and send the song back along with an email telling the person responsible to redo it.

It was revealed during the Iwata Asks interview that the email actually had to go through a third party to “soften it down.” This was a case of tough love, at its purest. He knew that he needed to be severe so that he would end up with the best of the best, but he was also afraid that his words would be too harsh and discourage the composers at this early stage. (Although, a request from the composers to see the original mail was eventually met with embarrassment by Takahashi) 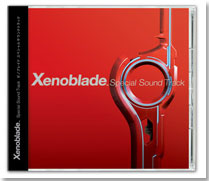 Still, he got the message across. Kiyota started to liken the emails to those dreaded mails you would get that told whether you had passed an exam or not. She said that when she was complimented, she felt like she was on the top of the world … although criticisms were far more common. The emails were sent as many times as necessary until Takahashi felt that he had received the perfect piece.

This system of back-and-forth emails also had the effect of allowing the composers to discover abilities they never knew they had. As Kiyota said, “Wow, I didn’t know I could compose like this before.” She had composed “Anxiety” tracks for the first time at Takahashi’s behest, and by the end, she had several pieces – “Anxiety 1,” “Anxiety 2,” and so on. As Takahashi put it, there were situations with lots of anxiety, situations with only a little, situations where a guy was anxious (as opposed to a girl) etc., and as he ordered more and more, they just kept rolling in.

This doesn’t mean that the tracks of Xenoblade’s soundtrack are all disparate. In fact, one of the composers, Chico of ACE+, said that one of Takahashi’s warnings were, “We can’t have the world in pieces. A feeling of unity is important!” It took approximately half the production time before the number of “redo” emails started dwindling as the team got used to each other’s style.

In another attempt to unify the songs, Kiyota and Chico each invited the other to her house. There, they saw each other’s workspaces, even taking in such details such as whether or not the sound that came out of their speakers was the same. Kiyota even changed the computer program she used to match Chico’s in order to try and take care of all possible control variables.

Meanwhile, out of all of this, Mitsuda, a 15-year-long acquaintance and colleague of Takahashi’s, was admired as the one who understood Takahashi best. He would usually understand the instructions he was given and be able to compose what Takahashi wanted simply through experience, so he earned himself the position of an idol among the composers who’d never worked with the director before. Mitsuda himself, however, was unaware of this development.

Mitsuda was in charge of the epilogue’s music, and he put all his effort into composing something that could provide a fitting conclusion that would match up of everyone’s hard work through the whole game.

The goal for Xenoblade was to create a world that was enormous, yet felt seamless. We can safely assume Takahashi eventually achieved his goal of creating this image through music or he’d still be sending emails right now.