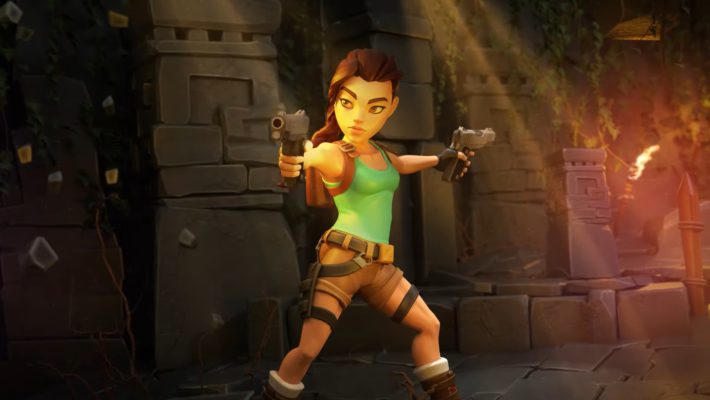 Lara Croft is getting another mobile game! In 2021, people will be able to play Tomb Raider Reloaded. Details about this forthcoming free-to-play game are slim. At the moment, we only have a release window, a confirmation we’ll likely see it on Android and Apple iOS devices, and know it will be an “action arcade game.” There’s also a video though, with a preliminary animated segment that shows its art direction.

The video is the briefest sort of tease and spends more times showing the sorts of foes and traps we’ll see before actually showing Lara for the first time. It looks like we can expect to see golems, spiders, wolves, and even a Tyrannosaurus rex. As for the traps, there are crumbling tombs and arrow traps shown in this short segment.

There have actually been quite a few Tomb Raider mobile games in the last few years. The turn-based adventure game Lara Croft Go debuted in 2015 and eventually was ported to consoles and handhelds. There was also the endless runner, Lara Croft: Relic Run.

Tomb Raider Reloaded will appear on mobile devices in 2021.