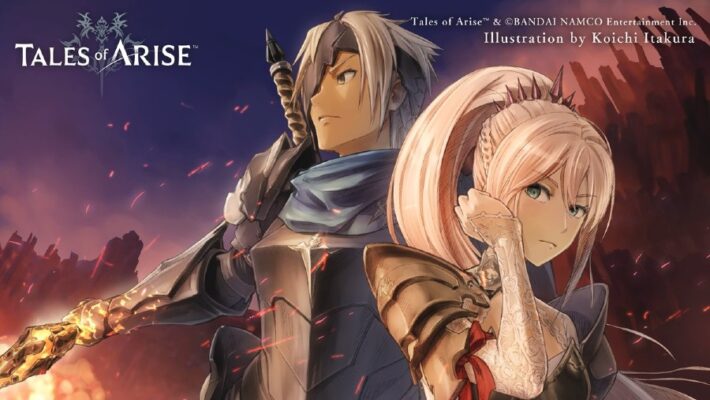 Now that Tales of Arise arrived, Bandai Namco is celebrating the launch and major characters with art from artists who worked on games like Code Vein and God Eater. So far, two pieces appeared on Twitter. One involves Alphen and Shionne, while the other shows Rinwell and Hootle.

Next is the Code Vein Concept Artist Mayumi Kimura’s take on Rinwell.

It is unknown if more Tales of Arise art will appear, but it seems the designs are appearing in the order people meet characters in-game. Alphen and Shionne are the first people to join the party. Then, Rinwell shows up. This could mean Law, Kisara, and Dohalim images are on the way too.

This isn’t the first time Bandai Namco celebrated the launch with special art. A picture of the whole cast by Tales of Arise Character Designer Minoru Iwamoto showed up at the beginning of September 2021.

Tales of Arise is available for the PlayStation 4, PlayStation 5, Xbox One, Xbox Series X, and PC. A demo is available. It will soon get Sword Art Online costumes for Alphen, Shionne, and Law.