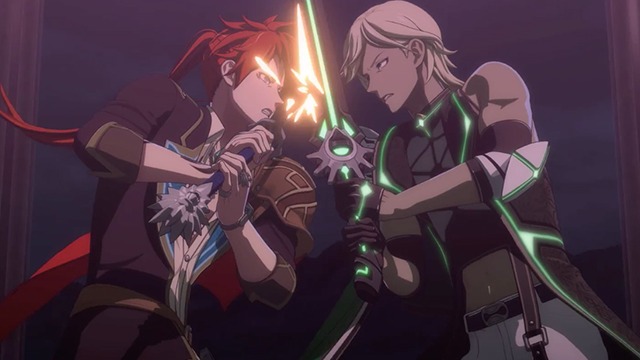 This information was revealed through the first Tales of Luminaria Show broadcast. The broadcast is available in both Japanese and English. It shared new information regarding the upcoming mobile title, and revealed that an anime is currently in production. An archived version is immediately available to watch.

Additionally, the broadcast revealed a new trailer for the anime. While it is relatively short, it showcases a short scene between two characters where they cross swords. More information regarding the anime will arrive sometime in the future. However, Funimation has shared the full list of English voice actors for the 21 main characters that will appear in Tales of Luminaria.

You can watch the short trailer in English below.

You can watch the Japanese trailer below.

Tales of Luminaria is the latest mobile entry in the Tales of series. It will feature a total of 21 main characters, and is currently in development for Android and iOS. Unlike Tales of Crestoria, it will feature more traversal focused elements, and on-field banter like in console Tales of titles.