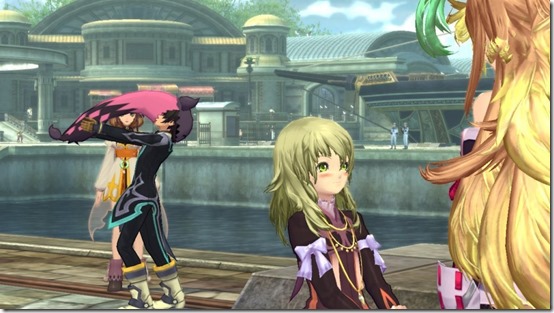 You’ll have to forgive me, as I’ve only gone through part of the Tales of Xillia story. That’s because players begin the adventure by choosing who will be their hero. They can go with Milla Maxwell, Lord of the Spirits, or a medical student named Jude Mathis. I believed it would be more interesting to see the story from the side of a being that knows more about the world’s spiritual issues, I picked Milla, and haven’t had the opportunity to really dig into Jude’s side of the story.

Fortunately, from what I’ve seen from the 30 hours I’ve played following Milla and the one I’ve spent starting with Jude, the differences aren’t too drastic. Choosing Milla or Jude means players see more of certain events than they do of others and experience a few different side-quests. For example, there’s a moment early on where Milla and Alvin go to speak to the mayor of Hamil, while Jude follows Elize. When the party regroups, Jude doesn’t know what Milla and Alvin learned, and Milla and Alvin don’t understand how Jude and Elize connected. 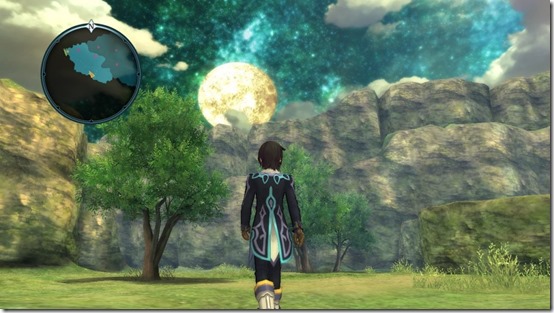 The fundamentals, however, remain the same. The world of Tales of Xillia is a place where humans and spirits live in harmony. A delicate balance allows the two groups to live happily together in Rieze Maxia. The problem is, Milla senses the complete eradication of some lesser spirits. Her investigations lead her to a research facility in Fennemont, a city in the country of Rashugal. While attempting to infiltrate the facility and eradicate the Spyrix, which is responsible for the deaths, a medical student named Jude happens upon her. Milla sends him on his way, but the two reunite inside the labs, where Jude learns his beloved professor has died and she learns something is seriously wrong. The two discover an incredibly destructive weapon called the Lance of Kresnik, which uses Spyrix and is powered by mana. While a crazed woman sets it off, Milla’s four great spirits, Effeet, Gnome, Sylph and Undine, sacrifice themselves to stop the process.

Milla and Jude are fugitives. Jude helps her escape, and she gets the key needed to control the lance, but Rashugal’s forces are after them. Fortunately, a questionable mercenary named Alvin helps them escape to the country of Auj Oule. After regrouping in Milla’s "hometown," the group decides to set out and destroy the Lance of Kresnik, with Elize, Rowen and Leia joining them along the way. However, things are never that simple in RPGs, and one noble ambition can lead a small group into events that will not only affect Rieze Maxia, but also the area beyond the sealed countries.

Tales of Xillia has a complex story and while it is serious there are still moments of levity. The writing is exceptional and I have to admit, I’m pleasantly surprised by the English dub. Though Tales of Xillia does take a few hours to really get going, once the adventure has really started, it’s hard to step away and enjoy other endeavors. I found the first two days I played, I only managed about two hour play sessions at a time. After reaching Nia Khera, I found I was playing in at least four hour bursts. Tales of Xillia kind of took over my life there, for a while, which one could consider quite a compliment. 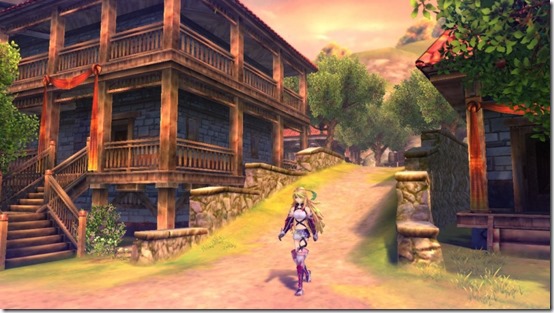 What helped is that Tales of Xillia is the prettiest Tales installment. The environments are absolutely stunning. I particularly loved exploring the cities and villages. You expect grand cities like Fennemont and Sharilton to look beautiful, but even smaller towns, like the aforementioned Hamil, have an understated beauty and character. In the case of Hamil, it’s the Napple orchard right inside of town. It adds a sense of authenticity and I liked how I was rewarded for taking my time and really exploring villages and open areas with materials or a sudden treasure chest.

Which brings me to the aspect of Tales of Xillia that really stole my time – I love the new Dual Raid Linear Motion Battle System. Think of it like this, Tales of Xillia still has an active battle system that has players choose when to attack, block, dodge, run, change targets or use special skills called artes. What’s changed is that the character a player is using can partner up with another party member. Each partners has different incentives when working with a character. For example, if I have Milla paired with Alvin, and they’re attacking an enemy that’s guarding, Alvin will automatically break their guard.

The battle system is also designed so two characters can unite for special attacks. There’s a gauge on the left side of the screen. After it’s filled to a certain point, players can join their characters’ artes with their partner. Only certain artes for each character are compatible, so this has to be checked before battle. For example, the first combination players learn is Final Gale, which involves Milla using Wind Lance or Jude using Demon Fist, and then pressing R2 when the indicator appears on screen. This unleashes the more powerful Final Gale arte that joins the other two artes together. If there’s enough energy built up in the gauge, a chain of unified attacks can even be unleashed. As usual, this is best saved for boss fights. Which meant I spent much of the game never using the unified attacks, because I was afraid a sudden boss fight would appear. 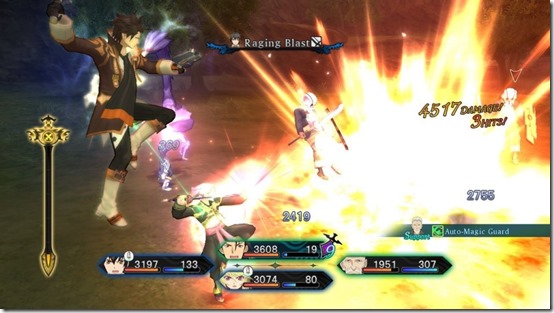 Characters gain experience from each encounter. Tales of Xillia gives players a more of an active role in how characters grow. Each party member has a Lilium Orb, akin to the Sphere Grid in Final Fantasy X. When a character levels up, he or she gets three points to use to select spots on the grid. Picking a spot will boost their stats, making them stronger, while also unlocking new artes attacks. So while certain characters are certainly more geared towards physical or artes attacks, players can influence their development to their liking.

In short, the fantastic battle system, gorgeous setting and well told story all come together to make Tales of Xillia a game people won’t want to miss. As upset as I was about Tales of Vesperia being a Xbox 360 exclusive in North America, having Tales of Xillia as our exclusive actually makes me feel better. It’s just a wonderful game, and if you can get through the somewhat slow start, I’m sure you’ll be pulled in, just as I was.