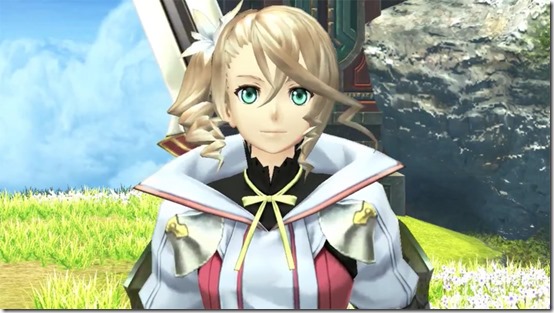 While Tales of Zestiria released last week in Japan, fans will have something to look forward to, as Bandai Namco announced that they’re adding some additional scenario in an upcoming DLC. This week’s issue of Jump shares more details. [Thanks, Hachima] 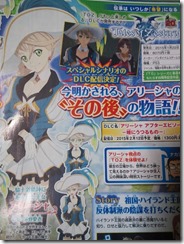 The upcoming DLC titled “Alisha After Episode: What Is Reflected In The Eyes” will take place after the story of Tales of Zestiria and will feature Alisha (in a fancy new hat) and Rose.

While there’s no indication of Sorey being around for the DLC, Alisha will take on the role as the protagonist of her own story, and it’s likely one will see some of the other cast members of Tales of Zestiria in the story as well.

Update: Bandai Namco have stated via Twitter that the Alisha DLC will be available for free from February 12th – 28th, in celebration of the series’ 20th anniversary and to celebrate the game having sold over 400,000 copies in Japan thus far.

This is just as well, as it appears that some Japanese gamers have not taken kindly to Tales of Zestiria, judging by the game’s Amazon reviews. Alisha’s role in the game and the writing of events surrounding her character seem to be a major point of discontent among players. Siliconera will have a more detailed report on the situation later today.