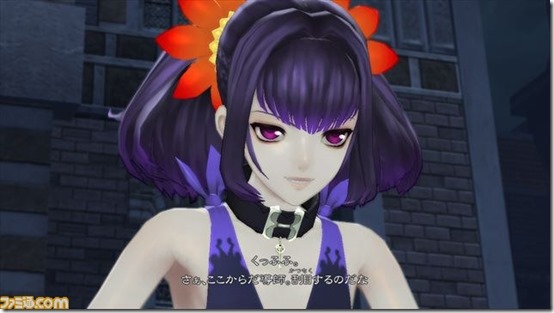 Bandai Namco recently revealed two new Tales of Zestiria characters: the psychotic assassin named Renard, and a mysterious lone wolf Seraph, Simone. Famitsu gives us a look at the two in Tales of Zestiria, along with some additional details.

Renard is a cold-blooded assassin, and a member of the dark guild called the “Bone of Wind”. He enjoys killing, and has completely transformed into a Hyoma due to his dark heart.

He’s greedy and cunning, which fits well with his fox-like appearance. As an interesting side note, “Renard” means Fox in French as well.

Renard somehow managed to get into the “Forest of Searphs, Izuchi” a place where normal humans can’t enter. He also powers of blue flame, which he uses to attack Sorey and the others.

Simone doesn’t follow a Doshi, or have any Seraph buddies. She’s a mysterious Seraph that acts on her own. She looks like a young girl, but she speaks with a tone of someone with spiritual enlightenment.

However, she has a cold personality and a cynical attitude, which she puts to use whenever she taunts Sorey and the others for putting so much effort into what she considers useless. 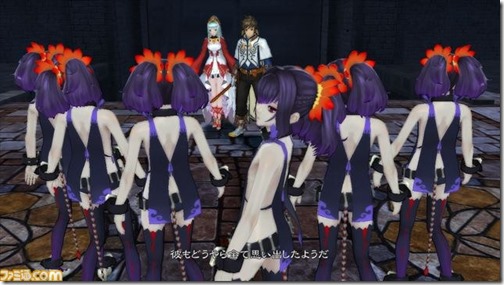 While most Seraphs are have powers based on various elemental attributes, Simone’s is not associated with an element, making hers a “special power”.

Tales of Zestiria is slated for release in Japan on January 22, 2015 for PlayStation 3.