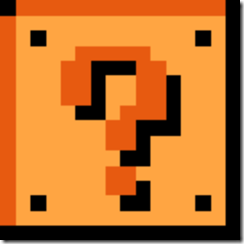 Nintendo had a myriad of Nintendo 3DS demos ranging from NES classics in 3D to movies like “How to Train Your Dragon” in 3D and playable games.

The most impressive one was Target Shooting. To start this demo, players had to point the Nintendo 3DS at a question mark card lying on a mat. Once I stood the roughly a foot away, an island with archery targets popped out of the ground. I fired arrows with the A button and physically moved around the card to aim. Arrows would arc down onto to the targets, which looked further away since it was in 3D.

After a wave of targets, the ground bounced up towards the player and exploded leaving a hole and a hidden target. I shot it and suddenly a dragon, a 3D stone dragon, jumped out of the ground and at me! I could still see the edges of the actual table the dragon was on while it was lunging forward with its claws.

To beat the dragon, I had to shoot segments on its body with arrows. At one point, I moved out of range and the dragon vanished. I started at the question mark card on the screen for a moment while repositioning the Nintendo 3DS. I could have walked around the table, but I went for a different strategy. I walked up close to the dragon, spun the 3DS on top of it, and shot it.

Target Shooting was astonishing and for more reasons than the floating 3D dragon head. Yes, the effects were terrific, but I’m more interested to see how Nintendo plans on using augmented reality. Will Nintendo create a real life 3D shooter or an easy to imagine Invizimals-like Pokemon game?