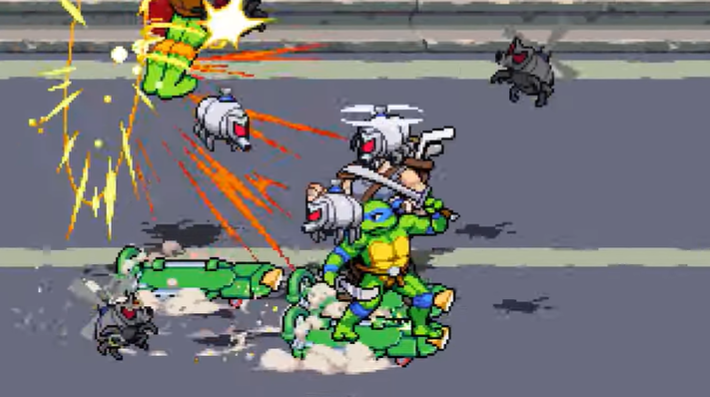 Teenage Mutant Ninja Turtles: Shredder’s Revenge will release on June 16, 2022. Scheduled for a Summer 2022 release, players will be able to get their hands on the title very soon. A new trailer appeared during Summer Game Fest 2022, which showcased gameplay and revealed the release date for the title.

The trailer features an extended look at Casey Jones and how he will play in the title. He is shown using his signature arsenal of weapons, which includes a hockey stick and baseball bat. Multiplayer footage is also shown, with Casey fighting alongside the Teenage Mutant Ninja Turtles and April.

You can watch the Teenage Mutant Ninja Turtles: Shredder’s Revenge trailer below.

The developers also provided a video that shows behind-the-scenes development on the title. This included a discussion with the developers on the choice of visual style. The team wanted to encapsulate the aesthetic and style associated with the beat-’em-up genre.

Teenage Mutant Ninja Turtles: Shredder’s Revenge will come to the Nintendo Switch, PlayStation 4, Xbox One, and PC via Steam on June 16, 2022. It’s also available on Xbox Game Pass at launch.