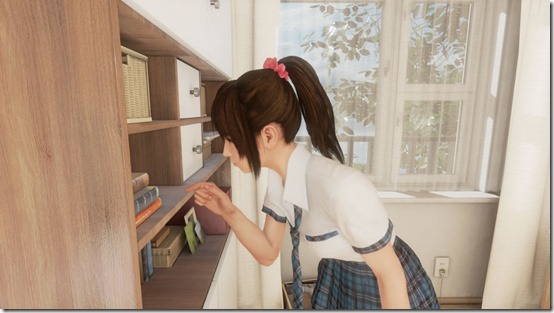 When Summer Lesson was first introduced, many fans hoped that this could be the start of something new, where they could experience being in a virtual reality world with their favorite characters. Tekken producer Katsuhiro Harada talked to 4Gamer about how that will likely be possible later, but Summer Lesson comes first.

4Gamer mention how they heard about an Oculus Rift demo that was displayed by Bandai Namco games at Anime Expo 2014, which used 3D models from Sword Art Online. They ask if that was also part of Harada’s work.

“Ah, yes, yes. I’ve researched head-mounted displays well before the Morpheus,” Harada replies. “I’ve also made a Tekken that can be played in first-person, and something that lets you use Tekken’s camera mode to check out other people fighting up close.”

“There was also one that has Kazuya and Kuma going up against each other in a virtual reality space. So I’m secretly using some of the development budget for the sake of Tekken,” Harada continues with a laugh. “Thanks to simply trying it out on many games, I have more knowhow about [head-mounted displays] than most others.”

Harada then explains how making a girl who is considered cute by everyone, is actually quite difficult. By going with a generation’s trend and getting the right balance between the eyes and nose, Harada says that it’s not too difficult to make a cute 2D girl by following such trends.

However, when it comes to creating a cute girl using a head-mounted display, there are other things to take into consideration, such as having her look cute from all angles.

“Working on long hair and skin texture is already difficult as it is, but you also need to bring out their charm,” adds Harada. “However, if we take on the most difficult parts first, then the next step should be easier, right?”

In the case for Summer Lesson, Harada explains how it came to be by first taking care of its sense of reality, followed by the technical aspects. 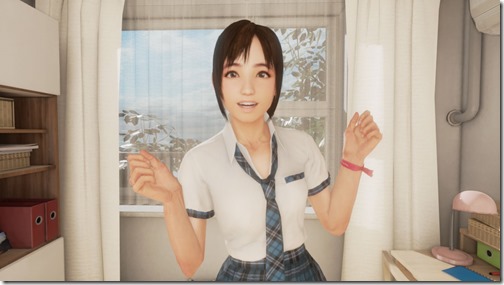 4Gamer then points out how many Japanese fans most likely thought “I hope they release my favorite characters for it!” after first seeing Summer Lesson.

“Yes, and I believe we can do it if we felt like it. However, that’s something to talk about for the next step. If we had Kazuya go wild [in virtual reality], only Tekken fans would get excited, right?” says Harada, adding that the same goes for anime-style characters.

Harada continues,“So, first try out Summer Lesson to get a feeling of the head-mounted display’s sense of reality, and a feeling of the future from this device. Those who saw the trailer most likely felt something from it.”

“However, actually trying it out through the head-mounted display is completely different , in a good way, than just watching it through a trailer. I’m certain we’ll have you say ‘this is great!’ Please do give it a try when we have our next demonstration session for it.”

Summer Lesson is currently in development for PlayStation 4.