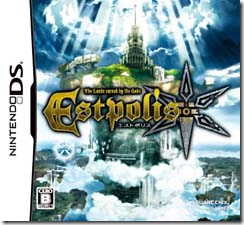 Estpolis: The Lands Cursed by the Gods is coming to North America, but Square Enix isn’t handling it. Harvest Moon and Witch’s Wish publisher Natsume is. A fitting choice considering Natsume published Lufia II: Rise of the Sinistrals for the Super Nintendo. The Nintendo DS game is a remake of Rise of the Sinistrals.

In North America, Estpolis will be known as Lufia: Curse of the Sinistrals. A Twitter post announced the title and says more information is coming soon. While you’re waiting check out this trailer from the Japanese version.

Thanks for the tip Volcynika!