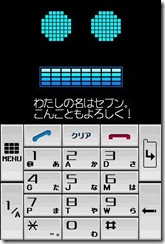 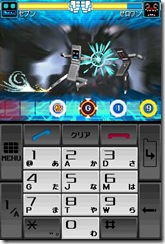 One of the interface menus for Ketai Sousakan 7 Buddy Sequence mimic’s Seven’s interface so it’s like the player is holding the character. Later, a similar interface is used for a mini-game where two cell phones duke it out. 5pb is working on this wacky project which given the nature of the license won’t be coming out in North America anytime soon. 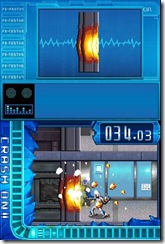